The UN agency has published a new report on the dire conditions for the 250 million youths worldwide living amidst violence. Lack of education, child marriage and psychological trauma are just some of the consequences. 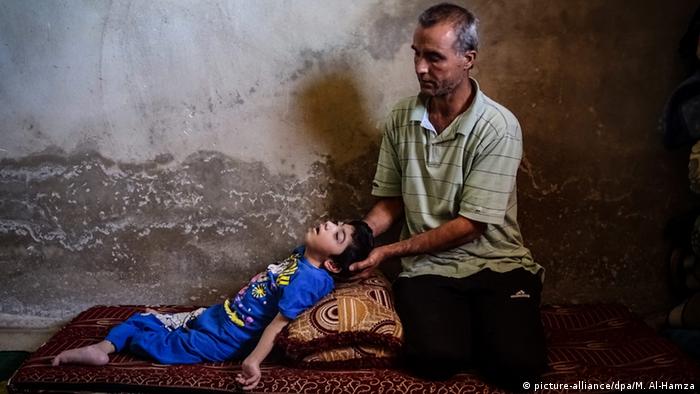 One in every nine children is raised in a conflict zone, according to a UNICEF report released on Tuesday. Two hundred and fifty million young people are living in warzones and with the number of people fleeing these regions at its highest since World War II, every second refugee is a child.

In 2015 alone, some 75 million children were born into conflict zones, said the report. What complicates matters, the UN agency said, is that on top of the risks to health and safety, regional violence blocks access to education.

The 1,200 schools destroyed and 600 teachers killed by Islamist extremists Boko Haram in Nigeria is just the tip of the iceberg. Every day, the report said, an average of four schools are targeted by violent attacks.

This has led to a staggering 75 million children between the ages of three and 18 without access to kindergarten or school.

To this end, governments must shift funds from military spending to development spending, said the head of UNICEF Germany, Jürgen Heraeus. At the presentation of the report in Berlin, he slammed a planned debate in Brussels to take money away from aid projects in developing countries and shift it to defense assistance.

The consequences of violence on children are more far-reaching than most Westerners realize, said UNICEF chief Cornelius Williams. One example he gave was an increasing rate of child marriages, often the desperate step of parents trying to give their daughters whatever extra protection they can.

In point of fact, Williams said, before the beginning of the Syrian conflict, the number of child marriages in neighboring Jordan was 13 percent. It is now estimated to be one in three.

This does not only impact the regions where the conflicts occur, Berlin has stressed. Development Minister Gerd Müller has warned that in the past five years, around 150,000 babies have been born while their parents are on the run from violence, and it is incumbent upon Europe to assist the traumatized children now fleeing to the safety of its borders.