The Pantheon in Paris houses the tombs of some of France's greatest citizens. The migrants occupied the building to call for the right to stay, and for a meeting with the prime minister. 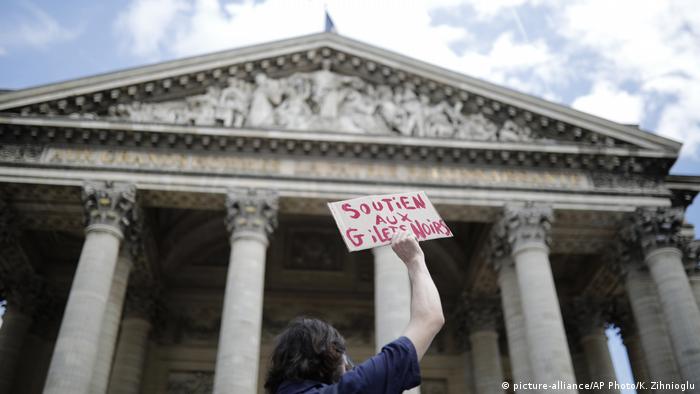 Police escorted the protesters out of the ancient building in central Paris on Friday afternoon after hundreds of people without official documents, mainly from West Africa, made their case to stay in France, and to hold a meeting with Prime Minister Edouard Philippe.

"We will remain here until the last one of us has been given documents," the text on a leaflet being handed out at the demonstration declared while young men chanted "black vests" in reference to the recent "yellow vest" protests against high fuel charges, and subsequently against the government.

About 60 riot police were quickly on the scene. They barricaded access to the Pantheon where the protesters had entered and led them away in small groups. 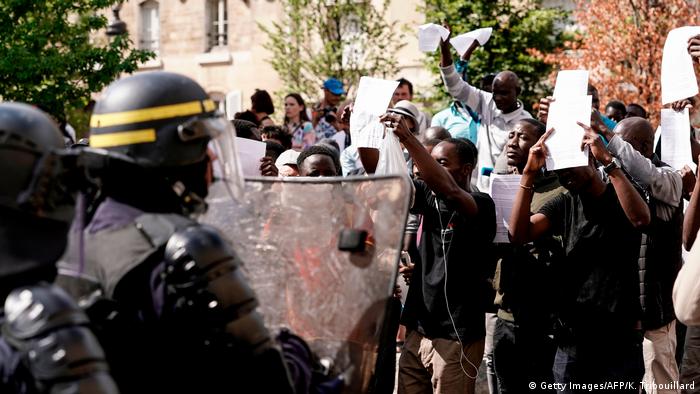 Police were quickly on the scene of the Pantheon protest

Migrant support group "La Chapelle Debout" (Standing Chapel) whose activists were also inside the Pantheon said 700 migrants and their supporters had gained entry to the building at the start of the afternoon and were surrounded by police. The atmosphere was "good-natured," a spokeswoman for the group told AFP. Tourists had been cleared from the building. 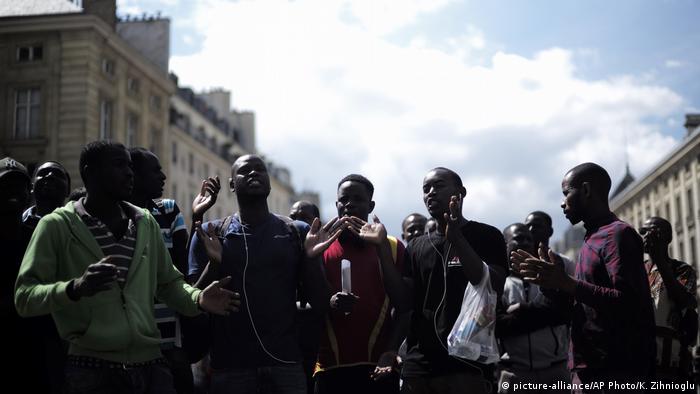 Migrants also made a protest outside the Pantheon

In a statement, the group said they wanted papers and housing for everyone. "We do not want to have to negotiate any more with the interior minister and the prefectures," the group stated. "We want to talk to Prime Minister Edouard Philippe, now!"

"Many people have been living without rights for years," a member of "Droits Devant" (Rights Forward) present outside the building said. "We are holding this occupation to call on the prime minister to make an exceptional regularization of the situation." A measure of this kind has not been carried out since 1981, the group added: "It is time for one now."

"The Pantheon is an indication of great people. Inside there are symbols of the fight against slavery," Droits Devant added. "We are fighting against the slavery of the third millenium."

Far-right leader Marine Le Pen condemned the occupation, calling it unacceptable. "In France, the only future for an illegal immigrant should be expulsion, because that's the law," she wrote on Twitter.

In emotive meditations, the pope spoke of "all the crosses" borne by the suffering in the world, including migrants and abused children. But he didn't directly touch on the Catholic Church's own sex abuse scandals. (20.04.2019)

Hungary's Viktor Orban hopes a right-wing alliance can help gain an anti-migrant majority in the European Parliament. The alliance was pitched by Italy's Matteo Salvini, whom Orban described as a "hero." (10.01.2019)