Akbar Ali Khan, a renowned economist and educationist from Bangladesh, talks to DW about the new billionnaires' tax suggested in a recent United Nations report. 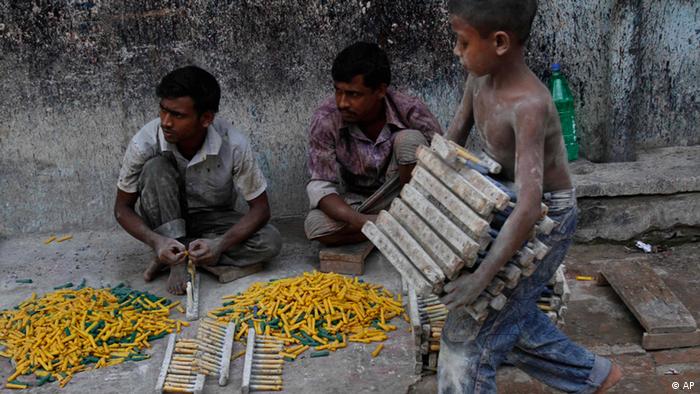 Akbar Ali Khan has discharged important responsibilities in his capacity as the Chief Adviser to the President during the tenure of the caretaker government, or more recently, as the chairman of the Regulatory Reforms Commission.


DW: Why is it necessary to think of new, innovative ways of enhancing development finance?

Akbar Ali Khan: The problem is that the resources we have are inadequate. These will have to be augmented. So we should try all sources for more resources. And that is why innovative thinking is also necessary. We cannot always depend on the charity of the (donors') parliaments because the parliaments are constrained by their own politics. So it will be better to have more sources than relying exclusively on the official development assistance (ODA).

What is your opinion of a billionaires' tax?

Actually there are two ways in which billionaires can contribute to the development of a poor country. One way is the way Dr. Yunus (Ed.: Dr. Muhammad Yunus, Nobel Peace Prize winner from Bangladesh, known as the father of microcredit) is advocating involving them in social business. That is voluntary, there is no coercion involved in it. The other way which has been suggested is the way of taxation, which is coercive, which would be resented by the billionaires themselves, which would have to be accepted politically by the countries themselves because the question will arise: if a tax is raised by a country from their citizens, why would they pay it for the development of the poor countries? They can spend it on their own poor people. And there will be political division within the country. So I do not think this is a practical measure. The better way is to induce them to invest for the poor, as Dr. Yunus is trying to do in social business.

There are various other ideas in circulation regarding innovative development finance, such as a tax on carbon dioxide emissions and a tax on all currency transactions. How do you evaluate them?

A tax is not only a way of collecting money. Taxes might have incentive effects and disincentive effects in other areas of the economy. So each proposal will have to be viewed in its own merit because it does not end with the collection of money only; it ends up with creating incentives and disincentives in the economy. And that is why more detailed examination of each proposal is called for.

As the DPAD survey confirms the potential of innovative development financing, it concludes that realizing this potential will require new types of international agreements and changes in global governance. Is that not rather a tall order?

Yes, it is not easy, it will be difficult. We should do whatever is possible to convince everybody that there is a deep challenge of world poverty and more resources are needed there. But this will obviously need a change in the mindset of the politicians, of the business people, and even common people will have to change their mindset and look at the problems from a fresh angle so that the glaring problems of poverty can at least be eliminated in a short time.

It's a double-edged sword, it can cut both ways. It can help establish social equity, which will mean that there will be less political discontent and more willingness of people to work together. But it may also create disincentives for people to create value. So this is a perennial problem that you have a trade-off between equity and growth and how this can be reconciled. Whenever there is a problem of social injustice, people will veer towards equity. And whenever the growth is the problem, people will be talking more about growth. But we need both.

Development financing is one shoe, implementing the projects on the ground is another. What role will local governance, good governance play?

This is a problem in most of the developing countries. Many of the countries are highly centralized and to solve the problems of the poor, you have to have a decentralized organization because the voices of the poor never reach the top - they can only be heard at a lower level. That is why decentralization is obviously an important issue in whatever we do. And it is not only an issue of raising the money. It is also an issue of allocating the money. And we should allocate the money where the need is most.

The world's resources are dwindling. Experts say the world's richest 20 percent will have to look at their lifestyles and consumption habits and make some changes in order to secure a safe and sustainable future. (14.09.2011)