The world's resources are dwindling. Experts say the world's richest 20 percent will have to look at their lifestyles and consumption habits and make some changes in order to secure a safe and sustainable future. 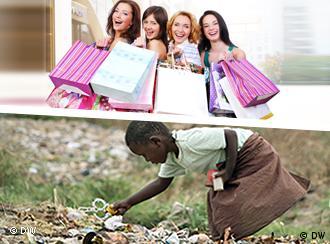 Today there is more knowledge than ever about the negative effects uninhibited growth and production have on the world's environment and resources. The United Nations Environment Program (UNEP) warns that if consumer habits continue to develop at the current rate, our consumption rate will triple by the year 2050. To put it plainly, the world simply does not have enough resources to support that kind of consumption.

Not only consumption, but also climate change, is expected to increasingly take its toll on resources. Experts say the world's poor are most vulnerable to the changes headed our way. The Millennium Development Goals (MDGs) were created by the UN In the year 2000 with an aim to promote development in the world’s poor regions by eradicating poverty and promoting sustainability by the year 2015. With the deadline of the goals just four years away, many of them seem far from being accomplished. Now the focus of the discussion has begun to shift away from how poor countries can expect to be saved towards what rich countries can do to mitigate the problem they have helped create with their ravenous consumption habits. 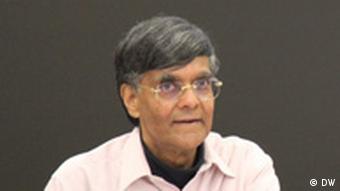 Placing focus on the world's well-to-do, or the top 20 percent of the world’s population that consumes 80 percent of global output, Professor Mohan Munasinghe coined the term Millennium Consumption Goals (MCGs) at the beginning of 2011, in an effort to explain "how the rich can make the planet more sustainable."

According to Munasinghe, "human consumption, which drives modern economies, is built on unsustainable consumption, production and resource exploration." He says "the world is currently facing economic, social, and environmental risks, best characterized by a 'bubble' metaphor based on greed and false expectations. A few enjoy immediate gains while the vast unsuspecting majority will pay huge future costs. These threats can interact catastrophically unless they are addressed urgently and in an integrated fashion."

Munasinghe sees the growing risks of "global breakdown" due to systemic problems, poverty, resource and food shortages, and, last but not least, climate change. He points out that one of the major problems slowing down progress is the lack of political will. "And I think this is where we, society, have to take a stronger position. If we continue with business as usual as we are doing now, we will find two to three times more greenhouse gasses, sea levels will rise, temperatures will rise." 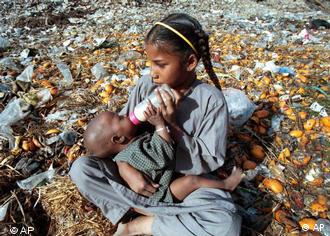 He says citizens of the developed world have an important role to play in changing direction and must rethink their consumption habits. Hence, the Millennium Consumption Goals, a set of voluntary guidelines aimed at consumers, producers and governments in developed countries.

Dr. Victoria W. Thoresen, project manager of Norway's Hedmark University's PERL initiative, believes the current "self-interested pursuit of wealth," which is the basis of many economies in the West, is not sustainable. She stresses, "economic growth alone cannot eradicate poverty," on the contrary, it helps promote disparities, insecurity and crime. Thus a paradigm shift will not only help preserve resources but also greatly benefit Western societies.

Dr. Philip J. Vergragt, research professor at George Perkins Marsh Institute, Clark University, USA and senior associate of the Tellus Institute believes that for the underdeveloped and developing regions of the world to have a chance at development, it is vital that consumers in the West start changing their lifestyles and consumption habits. He points to new research that shows that consumption does not bring happiness and stressed the importance of substituting materialism for social relationships. 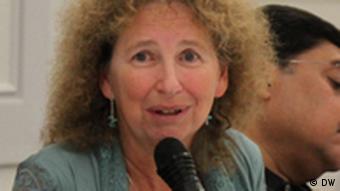 But getting Western consumers to change their habits won't be easy, Vergragt admits. He says the problem is of a "systemic" nature. "It is a problem about the production of goods. It is an issue of regulation. It is an issue of culture: what do my neighbors say, what do my peers say, what is considered to be 'cool.' It is a status question. So there are cultural issues there, there are economic issues. And a very different thing is the economic growth paradigm. Nowadays there are a lot of debates on whether we really need economic growth in a sustainable development situation. Or 'does economic growth lead to more sustainability?'"

He believes that once consumers realize that material consumption does not make us happy, as found by recent research, then people will start rethinking their lifestyles and start placing value on the things that do make human beings happy, such as human relationships and spare time.

Development and Human Rights – What Can the Media Do?

An estimated one million people are living in basements or in old bomb shelters in Beijing. But now the city government wants to clear out these makeshift homes for security reasons. (03.02.2011)