UN aid agencies have downgraded the severity of famine that had been gripping parts of South Sudan. But there are still higher than ever levels of extreme hunger across the country. 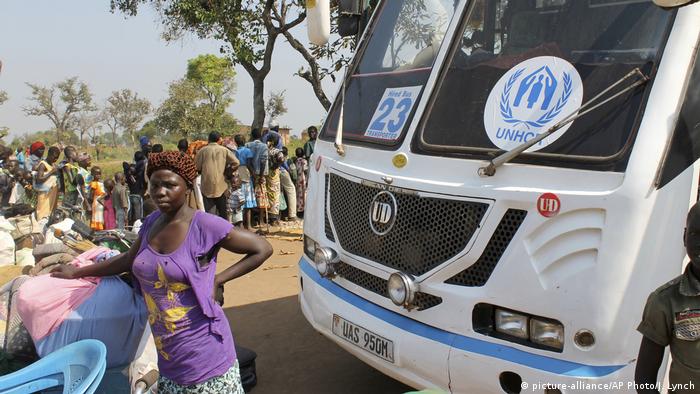 According to the official definition of famine, the situation in South Sudan would appear to have improved. "The accepted technical definition of famine no longer applies in former Unity State's Leer and Mayandit counties where famine was declared in February," said a joint statement released Wednesday by the UN children's agency UNICEF, the World Food Programme (WFP) and the Food and Agricultural Organisation (FAO).

Famine is defined according to UN criteria called the Integrated Food Security Phase Classification, or IPC scale. It is declared when a region has 20 percent of households facing a complete lack of food, 30 percent of the population is suffering from acute malnutrition and 1 person for every 5,000 dies each day.

While the official famine may be over, the situation remains precarious. "The crisis is not over. We are merely keeping people alive but far too many face extreme hunger on the edge of a cliff," said Dominique Burgeon, the FAO's director of emergencies.

The main concern is for people living in the country's east, bordering Ethiopia, in an area that used to be known as Jonglei state. It is believed that around 45,000 people here are facing famine-like conditions.

"The number of people struggling to find enough food each day has grown to 6 million - up from 4.9 million in February - and is the highest level of food insecurity ever experienced in South Sudan," the statement added. 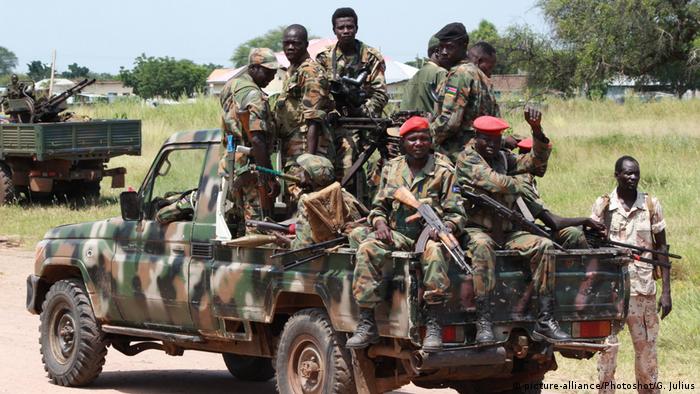 South Sudan's government troops on patrol. The famine has been caused by the civil war.

The human cost of civil war

The humanitarian crisis across the country has been directly caused by the civil war that began in 2013 after President Salva Kiir accused his rival and former deputy, Riek Machar, of plotting a coup against him.

The violence was originally between ethnic Dinka Kiir supporters and ethnic Nuer supporters of Machar. But it has since engulfed other areas of the country and involved other ethnic groups. It has prevented many farmers from planting and harvesting their crops and hyperinflation, which reached more than 800 percent last year, has meant that the cost of imported food is unaffordable for most people.

This situation has since triggered Africa's largest refugee crisis, with nearly 2 million people having fled abroad.

Meanwhile, there would appear to be no prospect of peace in sight. Further, the UN has warned that acts of genocide and ethnic cleaning may have been carried out.

A proposal for an arms embargo was supported by the United States in December, but the plan was rejected by the UN Security Council. Could the international body be ready to change its position as suffering continues? (18.03.2017)

The South Sudan Media Authority has banned at least 20 foreign journalists from media coverage in the country for what it termed as "unsubstantiated and unrealistic stories." (09.06.2017)