More than 100 human rights defenders and 66 indigenous people were killed in the South American country last year, according to a UN report. Critics have slammed President Duque for not doing enough to stop the violence. 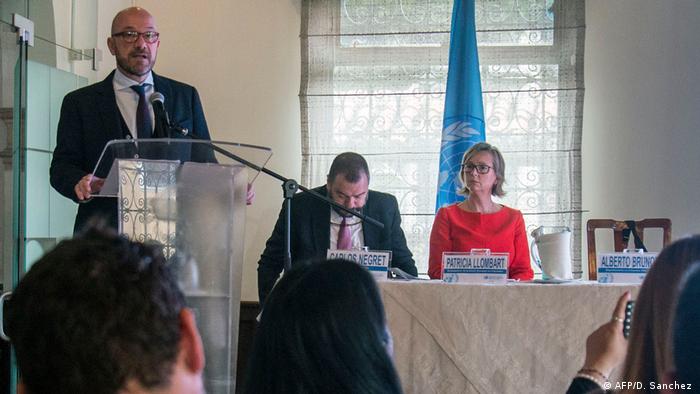 The number of women killed in Colombia while working in communities and defending human rights went up almost 50% in 2019, according to United Nations figures released Wednesday.

More than 100 human rights defenders and 66 indigenous people were killed last year in the South American country, a reflection of the violence against social leaders, according to an annual report on the situation in Colombia produced by the Office of the UN High Commissioner for Human Rights (OHCHR).

"We are alarmed that in 2019 the killings of women human rights defenders increased close to 50%," said Alberto Brunori, the UN's human rights chief in Colombia.

"The quick and effective implementation of a comprehensive program of guarantees for women leaders and women human rights defenders could be an important tool for prevention and protection against murders and attacks," he added.

Colombian President Ivan Duque, 43, has come under fire from a number of non-governmental organizations and human rights activists for not doing enough to stop the violence and killings against so-called "social leaders."