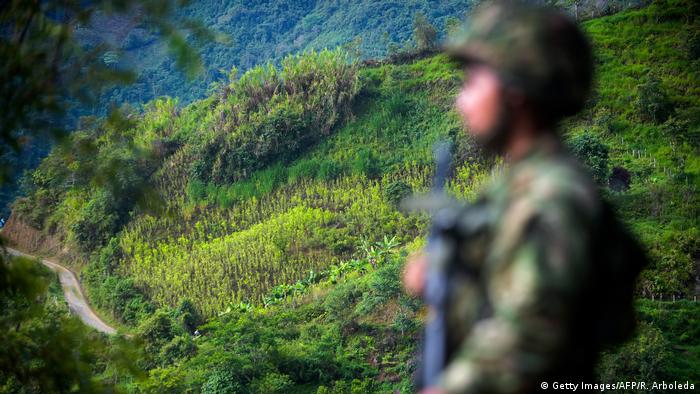 Colombian President Ivan Duque authorized a large-scale military raid in the country's rural south and at least nine members of a FARC rebel group were killed in the operation on Friday, Colombia's Ministry of Defense confirmed.

Duque called the group "a gang of narco-terrorist criminals who are residuals of what was known as the FARC, and who are part of the criminal structures that seek to challenge Colombia."

The raid took place in the isolated area of San Vicente del Caguan, the former stronghold of the guerrillas. An aerial bombardment was also part of the operation.

Duque said the raid sent "a clear message" to the group to lay down its weapons.

A FARC unit leader known by the alias Gildardo Cucho was among those killed. Duque described Cucho as "a criminal dedicated to drug-trafficking, kidnapping, and intimidation of social leaders, and who intended to be part of that threatening structure that yesterday was presented to the country as a new guerrilla, which it is not."

The Colombian president saidthe FARC "has the shelter and support of the dictatorship of [Venezuelan President] Nicolas Maduro," a claim Venezuelan Foreign Minister Jorge Arreaza rejected on Friday.

Arreaza also expressed "concern" over "the imminent reactivation of armed conflict" in Colombia. 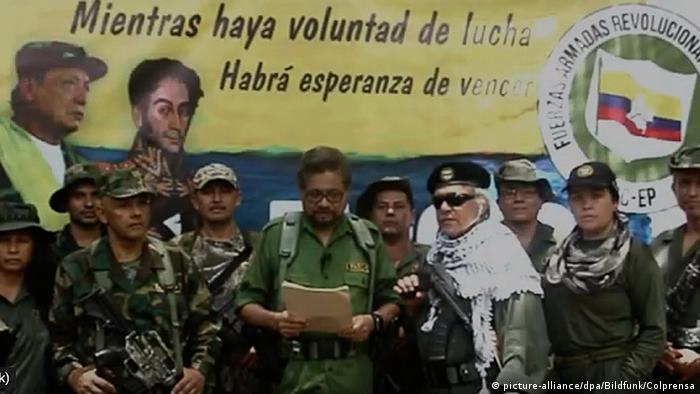 No link to Ivan Marquez

On Thursday, Duque said he would send a special army unit "with reinforced intelligence, investigation and mobility capabilities" to track down former FARC leader Luciano Marin, who goes by his guerrilla name, Ivan Marquez.

On the same day, Marin had announced a return to arms in a video message. So far there is no evidence the nine rebels killed were connected to Marquez.

In the video, Marquez accused Duque's conservative government of turning its back on its promises of peace.

The whereabouts of Marquez, FARC's No. 2 leader and chief negotiator of the 2016 peace agreement, have been unknown for more than a year.

Carlos Lozada, a senator from the FARC political party, told DW that the party did not support Marquez's statement.

"The agreement we made to move toward peace was not just with the government, but with Colombian society," Lozada told DW. "Thankfully, we are hearing people across Colombian society who support implementing the peace deal."

Most of FARC's 7,000 fighters disarmed as part of the peace deals and returned to civilian life after half a century of conflict. Around 2,300 have refused to do so and some continue to engage in drug trafficking and illegal mining.

The armed conflict in Colombia has left more than 260,000 people dead since 1958 and displaced nearly 8 million people, according to the governmental National Center for Historical Memory.

Colombia's Supreme Court has ordered that a former leader of the FARC rebel group be released from prison. The move is likely to anger the US, which wants him extradited on suspicion of drug trafficking. (30.05.2019)