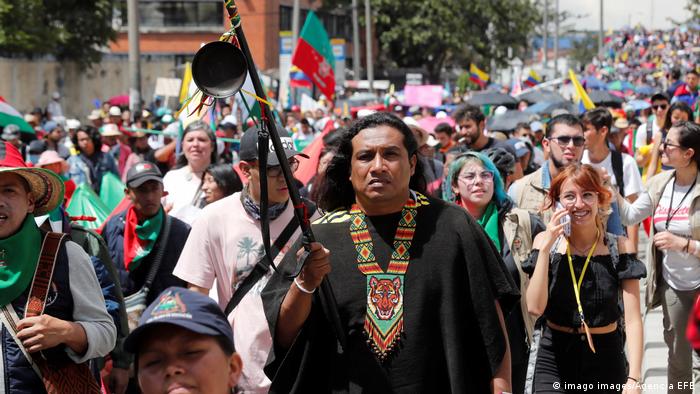 Tens of thousands of protesters across Colombia took part in anti-government demonstrations Wednesday during the country's third general strike in two weeks.

Thousands of people — trade unionists, students, teachers, farmers and indigenous people among them — gathered to dance and sing in Bolivar Square and marched through Bogota to protest right-wing President Ivan Duque's social and economic policies.

"It's a time for lots of sectors in our country to wake up. The poor are very poor and the rich have everything," said protester Silvia Torres in Bogota.

Wednesday's protests in the capital and in other cities hampered traffic but were largely peaceful, though clashes with police were reported in Cali and Medellin.

Five people have died in connection with the protests that began in mid-November, including an 18-year-old high school student who died from injuries he sustained from being hit by a teargas canister. Some 500 have been injured. 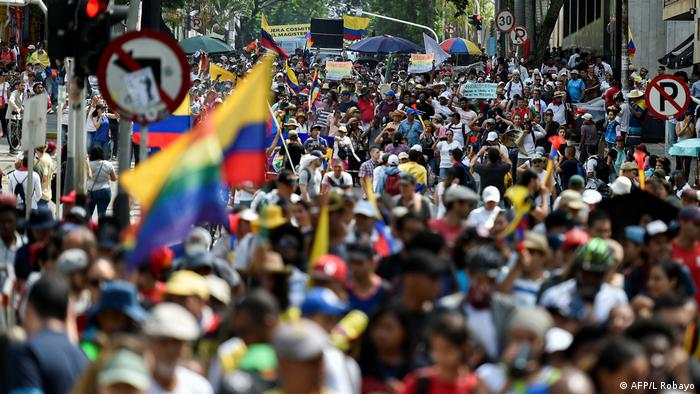 Authorities said the protesters on Wednesday numbered 40,000 nationwide, a marked decline from the 250,000 people who marched on November 21 against alleged government plans to raise the retirement age and decrease the minimum wage for young workers, as well as a funding shortage for education and Duque's proposed tax reform to lower duties on businesses.

"The Colombian people have woken up!" shouted Paola Jiminez, a 41-year-old lawyer taking part in a pot-banging "cacerolazo" demonstration in Bogota. "Colombians are finding it more and more difficult financially," she said.

A student taking part in one of several peaceful protests in Bogota, who gave his name as Nicolas, held up a banner saying: "The state lies more than my ex." 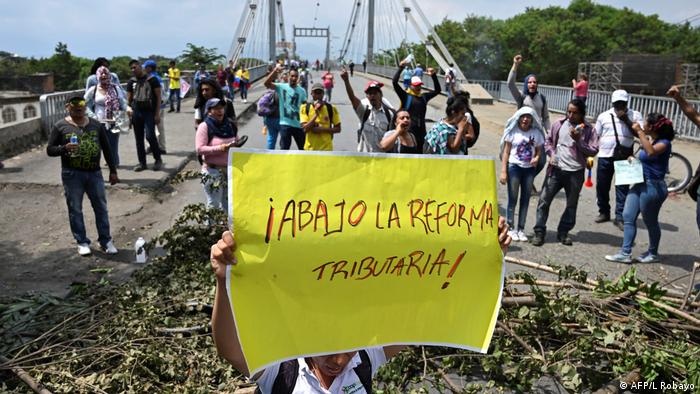 An anti-government protester holds a sign reading 'Down with the Tax Reform' as they block a bridge in Cali.

Strike leaders intend to sustain pressure on conservative President Ivan Duque and his government after they failed to reach a deal to end protests that have carried on for two weeks.

The strike leaders dismissed appeals by President Duque to stop the strike because it was damaging the country's economy.

The Colombian National Strike Committee met on Tuesday with Duque's advisers for the first time, but no agreement was reached.

Colombia's largest union, the Central Union of Workers (CUT) is expected to meet with government representatives on Thursday.

Some indication that the demonstrations have caught the attention of lawmakers came earlier this week when legislators changed the most controversial aspects of a proposed labor reform and added new components to a tax bill that would benefit low-income Colombians.

Colombia's protests are part of a wider wave of unrest sweeping many countries in Latin America where citizens are rising up against presidents across the ideological spectrum.