UN peacekeepers have set up a security zone around the northern Mali town of Kidal. It is intended to curb deadly fighting between rival armed groups that could jeopardize a two-month peace deal. 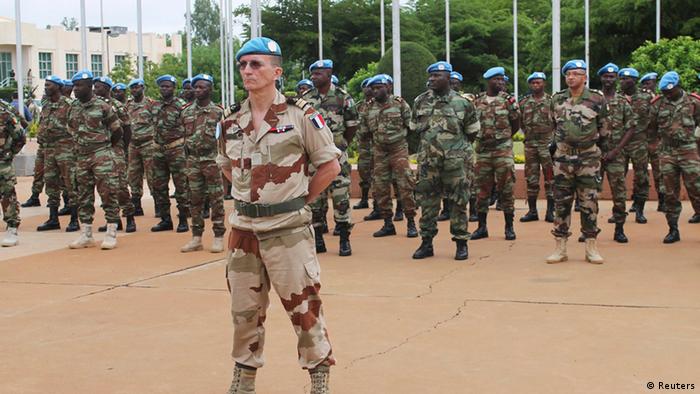 The UN peacekeeping mission in Mali, MINUSMA, set up a 20-kilometer (12-mile) safety zone around Kidal to protect civilians and prevent a spread of fighting that the UN said was a "flagrant violation" of the peace deal.

Residents of Kidal, 1,550 kilometers northeast of the capital Bamako, reported seeing two UN helicopters, while peacekeepers from Bangladesh and Guinea headed to the outskirts of the town. 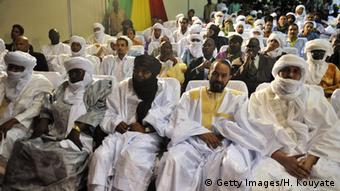 The mainly Tuareg secessionist Coordination of Azawad Movements (CMA) and pro-Bamako Platform militias both signed onto the deal, which was aimed to pacify the north and allow the Malian army to focus on tackling Islamist militants.

The two sides have traded blame for starting the violence, which has centered on a road axis in the northern Kidal region.

The worst fighting took place on Monday as the pro-government fighters, who form part of the loyalist Platform coalition, took control of Agnefis, about 120 kilometers (75 miles) south of Kidal which is a CMA stronghold. A MINUSMA security source told AFP the clashes had left at least 10 people dead and many injured.

MINUSMA called on both sides to immediately return to the positions they had occupied on August 15, and said it was putting in place a security zone extending 20 km around Kidal to prevent an expansion of the violence and protect civilians.

"In the case of a violation of this security zone by Platform elements or those affiliated with the Platform, MINUSMA will react in accordance with its mandate," the mission said.

Negotiations due to start in Niger

There are over 9,000 UN peacekeepers in Mali, 90 percent of whom are located in the north. The UN did not specify how many troops were deployed around the stronghold. Neighboring Niger was due to begin hosting talks on Wednesday to ease tensions.

The West African nation has been seeking to break a decades-long cycle of Tuareg uprisings, the most recent of which allowed Islamist groups, some linked to al Qaeda, to seize the desert north in 2012. A French-led intervention a year later scattered the Islamists but failed to eradicate them, and Islamist violence could once more be on the rise and expanding further south.

Germany takes over command of EU training mission in Mali

Germany's defense minister Ursula von der Leyen is in Mali. On Tuesday she was present at a ceremony to mark the handover of command of the European Training Mission in Mali (EUTM). (28.07.2015)

German soldiers sent as EU specialists to train Malian troops are about to be visited by Germany's defense minister. Ursula von der Leyen has departed from Berlin for a two-day visit starting in Bamako. (27.07.2015)