The UN Security Council has authorized a 228-member police force for Burundi despite concerns from some council members. China and three other nations protested, saying Burundi didn't want UN forces on the ground. 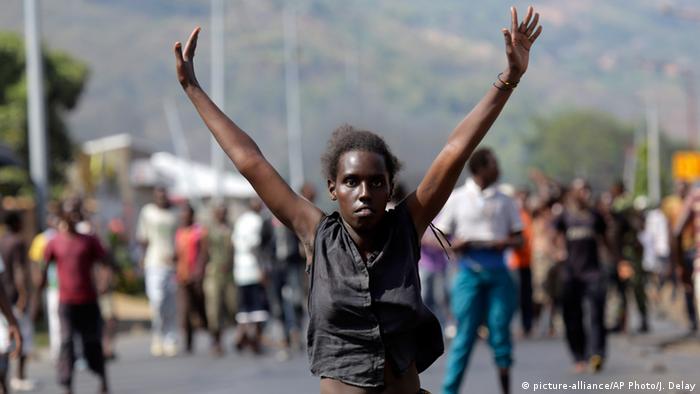 The UN Security Council has agreed to send a contingent of 228 unarmed police to Burundi to monitor the increasingly tense situation there.

Eleven council members voted to send the police, while four members, led by China, opposed the move. Angola, Egypt and Venezuela also abstained from the vote.

Burundi says it will allow no more than 50 UN police, but diplomats are negotiating for a larger force.

The numbers being discussed now are a far cry from the 5,000 being talked about back in January.

The East African country was thrown into turmoil last year when President Pierre Nkurunziza won a third term in office even thought the country's constitution calls for a two-term limit.

The constitution was part of a 2005 peace agreement that ended the country's civil war. Nkurunziza completed his second five-year term in 2015.

At least 450 people have been in killed in the ensuing violence, and more than 220,000 have fled their homes.

Human rights' groups have accused the government of going after its political opponents, but government officials have also fallen victim in retaliatory attacks.

For now the conflict is political but there are fears it could lead to ethnic violence. Burundi, like neighboring Rwanda, is made up of an ethnic Hutu majority and a Tutsi minority. In 1994, Rwandan Hutus went on a murderous rampage killing 800,000 people - the vast majority of them Tutsis - in a matter of weeks.

"Given an increase in violence and tension the Security Council must have eyes and ears on the ground to predict and ensure that the worst does not occur in Burundi," said French UN Ambassador Francois Delattre.

Liu Jieyi, China's UN Ambassador, said Beijing could not support the resolution because the Burundian government opposed the troops' presence.

"It is necessary to respect the sovereignty, independence and territorial integrity of Burundi and carry forth consultations with the government of Burundi," Liu said.

But Samantha Power, US ambassador to the UN, slammed the Security Council for its tepid response. She said the council was shirking its responsibilities by authorizing a police force to merely monitor the human rights situation when civilians are in need of protection.

"It is not at all clear to me that a council that says repeatedly that it has learned the lesson of Rwanda has in fact done so," Power said. "Police are not being deployed to protect civilians, even though civilians are in dire need of protection. That should embarrass us."

She warned that the situation in Burundi is "all but certain to deteriorate."