The favorite of Western nations, Nazhat Shameem Khan of Fiji, beat off competition from Bahrain and Uzbekistan to win the presidency of the UN Human Rights Council. 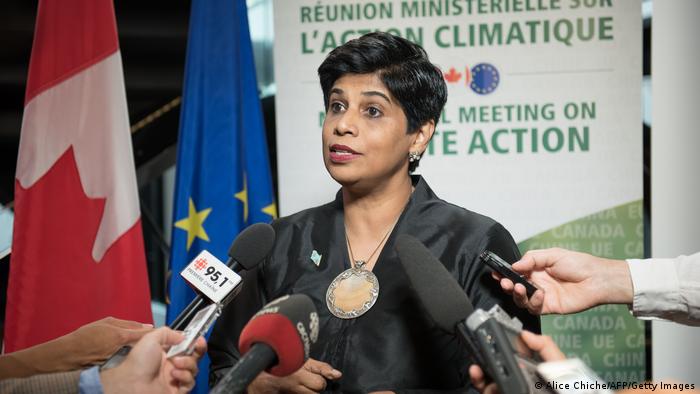 The United Nations Human Rights Council (UNHCR) on Friday elected Fiji's ambassador as its 2021 president in an unprecedented secret ballot after a diplomatic standoff blocked the usual consensus decision.

The island nation's ambassador in Geneva, Nazhat Shameem Khan, beat off competition from Bahrain and Uzbekistan to lead the only intergovernmental global body to promote and protect human rights worldwide.

Khan, who served as the council's vice president in 2020 and is considered a rights champion, won with 29 out of 47 votes.

The UNHCR had begun meetings this week leaderless for the first time in its 15-year history, due to the impasse over who should lead the body.

Fiji's win was hailed by rights groups that had voiced concerns over the records of the two other countries.

"The comprehensive defeat of Bahrain and Uzbekistan demonstrates that there should be no place among the council's president or vice presidents for representatives of states that restrict, criminalize and commit reprisals" against rights defenders, Phil Lynch, head of the International Service for Human Rights, told the AFP news agency.

Observers and diplomats saw Fiji's rivals as being backed by Russia, China and Saudi Arabia, although a Chinese diplomat said he would be happy for any of the three candidates to win.

The council's presidency rotates each year among the regions and the candidate is typically agreed upon by a consensus within each regional group.

US set to rejoin

The deadlock over the presidency came at the start of a year that is widely expected to see the United States rejoin the rights body after quitting the forum in 2018, and with a review of the council's activities expected to begin.

Multiple meetings to resolve the deadlock were unsuccessful amid strong lobbying ahead of the vote, diplomats said.

The 47-member council does not make legally binding decisions, but it can authorize probes into alleged rights violations by mandating international fact-finding missions.

A diplomat said he expected the intensity of debates to increase this year, given that Russia and China also return to the council after periods away from it.

How COVID-19 has changed refugee organizations

Life in Malawi's biggest refugee camp has been turned upside down by the coronavirus pandemic. But not every change has been for the worse.