The head of a UN body investigating human rights violations during Syria's civil war says a list of war crimes suspects may include ISIS commanders. He also says more Syrian fighters are joining the group. 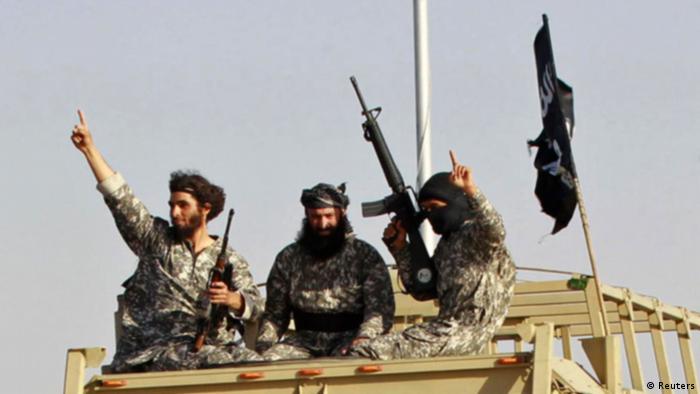 The commissioner of the Independent International Commission of Inquiry on the Syrian Arab Republic, Paulo Sergio Pinheiro, told the UN Security Council late on Friday that commanders of the Islamist State of Iraq and Syria (ISIS) were "good candidates" to be placed on a list of suspected war criminals.

The Brazilian diplomat said the commission had gathered evidence indicating that the al Qaeda breakaway rebel group had carried out public executions, crucifixions and other "gross human rights violations" during the course of Syria's civil war.

Pinheiro said those already on the list included people believed to be "criminally responsible for hostage-taking, torture and executions." He also noted that no group involved in the conflict could expect to escape his commission's scrutiny.

"I can assure you that we are collecting information on perpetrators from all sides, including nonstate armed groups and ISIS," Pinheiro said.

Speaking to both Security Council members and reporters at UN headquarters in New York, Pinheiro said the commission had also found evidence to suggest that ISIS, which now calls itself the "Islamic State," was going through what he described as a "Syrian-ization."

"What began with a lot of foreign fighters, now you have authentic Syrian citizens," he said. "We are seeing more Syrians coming to ISIS than before."

Another member of the commission, Karen Koning Abu Zayd, said the Syrians joining ISIS were mainly coming from other groups fighting to topple the government of President Bashar al-Assad.

Neither gave names as the list remains confidential and is kept under lock and key by the UN's high commissioner for human rights, Navi Pillay.

The commission, which was set up by the UN Human Rights Council in 2011, has not been able to send any investigators into Syria. Instead, they gather evidence through satellite images, forensic and medical reports, and interviews with witnesses or refugees, often conducted by telephone or Skype.

ISIS rebels now control large swaths of land in both Syria and Iraq.

More than 10 million people in Syria are in need of assistance. International aid organizations are doing their best to reduce suffering there - but armed opposition groups are hindering their work. (22.07.2014)

ISIS fighters have occupied a monastery near northern Iraq’s predominantly Christian town, Qaraqosh. The Sunni militants have increasingly targeted Iraq's Christian minority, forcing many to flee Mosul over the weekend. (21.07.2014)

Bashar al-Assad is now seen as less of a threat than the ISIS militants in the Syrian civil war. But experts warn attempting to make an ally of the regime in Damascus is not in the West's interest. (16.07.2014)