The UN has for the first time accused Syrian rebel fighters of committing crimes against humanity. The body has also criticized the government's use of siege warfare, and blamed the international community for inaction. 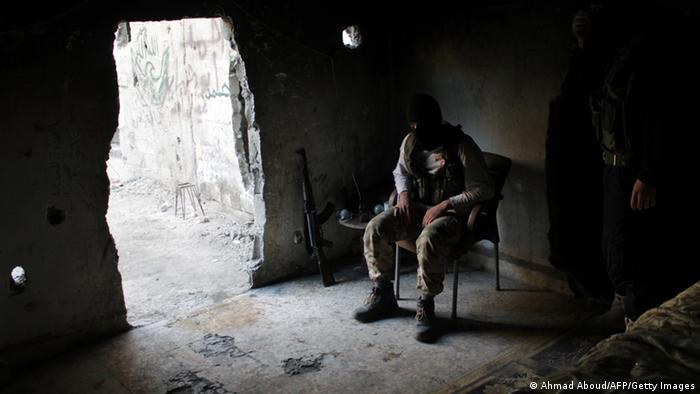 The United Nations Human Rights Council on Wednesday said several Syrian Islamist rebel groups had systematically detained and tortured civilians. The rebels' crimes against humanity, it said, were carried out in al-Raqqa province against ethnic Kurds.

UN investigators have not been allowed into Syria, but they said evidence from interviews and other sources indicates that the jihadist Islamic State of Iraq and the Levant (ISIL), the al Qaeda-affiliated al-Nusra Front, the Islamist Ahrar al-Sham and the Shahid Walid Al-Sukhni Battalion all operate detention and torture centers.

"The acts committed by non-state armed groups identified above in the areas under their control against the civilian population constitute torture and inhuman treatment as a war crime and, in the context of al-Raqqa, as a crime against humanity," the commission said.

Previously, the UN had only blamed the Syrian government for committing crimes against humanity. Thursday's report also hit out at regime forces, however, saying the military and its allied militias were continuing systematic murders, torture, rape and enforced disappearances.

The commission said government forces were using siege warfare and starvation against civilians as part of their military strategy. More than 250,000 people remain besieged the country, which is embroiled in a three-year civil war.

Many people were "denied humanitarian aid, food and such basic necessities as medical care, and must choose between surrender and starvation," it said, accusing the government of a "starvation until submission campaign."

The commission highlighted the situation in Ghouta, Daraya and Moadamiyet al Sham in rural Damascus, the Yarmuk Palestinian refugee camp near the capital and the old city of Homs, where "siege warfare is employed in the context of egregious human rights and international humanitarian law violations."

The report also said the international community deserved blame for atrocities committed in Syria because of their inaction in a conflict that has left more than 100,000 people dead. The chair of the commission, Brazilian diplomat and scholar Paulo Sergio Pinheiro, said the UN Security Council's five permanent members - Britain, China, France, Russia and the US - have failed to act on all of Syria's "grave violations" that put international peace and security in jeopardy.

Russia and China, the Syrian government's main backers, have been at odds with the West over how to respond to the civil war.

"Such inaction has provided the space for proliferation of actors in the Syrian Arab Republic, each pursuing its own agenda and contributing to the radicalization and escalation of violence," the report said. "The Security Council bears this responsibility."

With portraits of children in Syria’s civil war, Swedish photojournalist Niclas Hammarstrom has won UNICEF’s award for the top image of 2013. The picture shows an 11-year-old girl wounded in a bomb attack. (04.03.2014)