The UN has warned that hostility towards Venezuelan refugees in neighboring countries will grow if aid is not increased. Of the more than $700 million that had been sought, less than $180 million has been received. 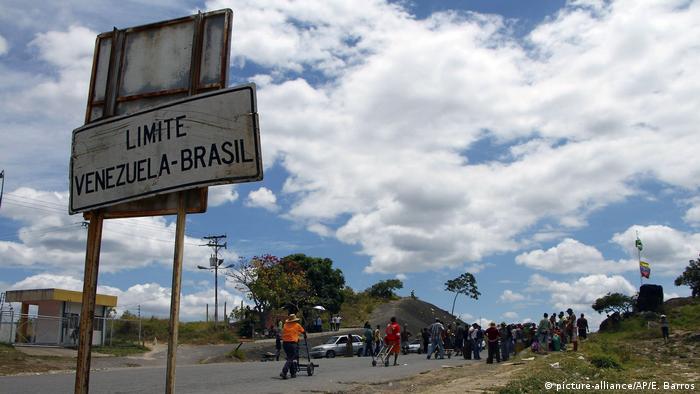 UN High Commissioner for Refugees Filippo Grandi made a plea on Sunday to increase humanitarian aid for Venezuelan refugees, as the new arrivals are overwhelming social services and sparking local tensions in neighboring countries.

"This is really one of the most under-funded humanitarian appeals in the world for one of the biggest crises," Grandi said.

The UN and NGOs had sought for $770 million (€694 million) at the beginning of the year, but so far the humanitarian organizations have received less than $180 million, the UN Human Rights chief.

Grandi made the appeal for more aid while on a visit to Brazil, to assess the situation of Venezuelan refugees there.

The UNHCR estimates that some 4.3 million Venezuelans have fled the economic and political crises in their country so far.

Colombia has taken in some 1.2 million of its neighbor's refugees. Peru, Chile and Ecuador have taken a bulk of Venezuelan migrants, while some 180,000 have stayed in Brazil. 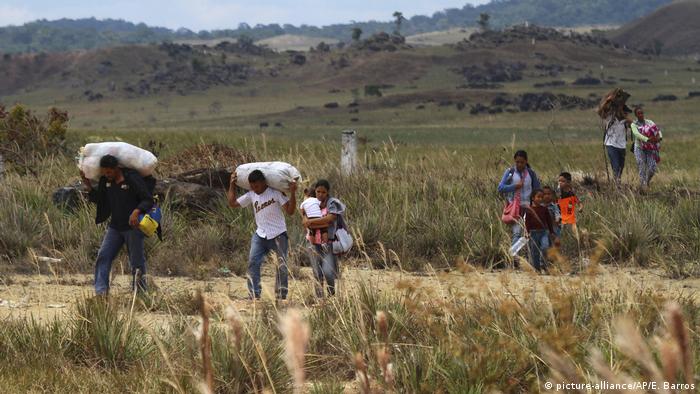 Venezuelans have been pouring into Pacaraima, Brazil at a rate of 500 per day

Tensions are high along the border between the Venezuela and Brazil.

Grandi's planned visit to the Brazilian border town of Pacaraima had to be canceled, as authorities urged him to stay away due to protests from residents who are unhappy with the newcomers.

Pacaraima has seen an influx of more than 500 Venezuelans a day. Residents closed shops on Saturday and marched through the streets shouting "out with the Venezuelans," "Pacaraima is ours," "Out with the UN," and "Brazil for Brazilians."

Grandi addressed the signs of anti-immigrant sentiment spreading across the region, which he said were also reflected in the growing restrictions that some Andean countries have placed on the movement of Venezuelans.

The UNHCR chief said the Brazilian Army had carried out a "particularly good and very humane" operation to handle the arrival of Venezuelan migrants in the northern border state of Roraima, which is Brazil's poorest.

From there, the army has relocated them to other parts of the country. But Grandi said this relocation needed to proceed at a faster pace, as Roraima's capital Boa Vista is already overwhelmed by the refugee crisis.

Grandi warned that hostility towards Venezuelans will grow if aid is not increased.

"It is not just humanitarian resources, but also resources to strengthen the education, health and sanitation systems, along with the local economy,” he said, recalling that the weight of Venezuelan migration is heavy for these countries, despite their prosperity.

"In Boa Vista, I made an appeal for politicians to be balanced and act responsibly, and not use the unrest that could trigger forces bigger than anybody can control," Grandi said.

The number of applications for asylum in the European Union is back up. While Syrians and Afghans formerly topped the list, the EU has seen a surge in the number of refugees from Latin America — particularly Venezuela. (11.06.2019)