The UN Human Rights Council has voted to send a team to Venezuela to investigate alleged rights violations. It will probe reports of "extrajudicial executions, enforced disappearances, arbitrary detentions and torture." 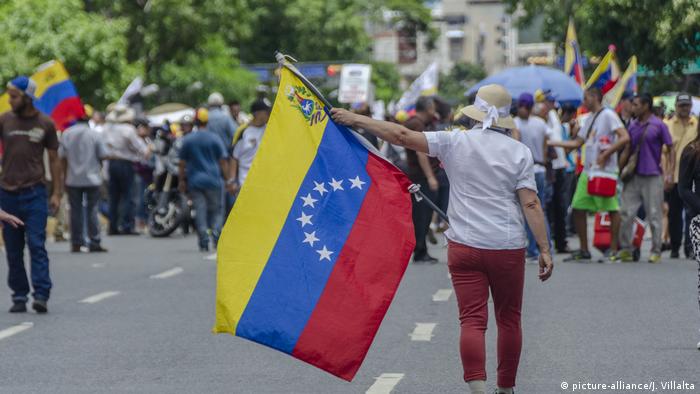 A resolution tabled by more than a dozen countries from Latin America and elsewhere was adopted by the 47-member council with 19 votes in favor, seven opposed and 21 abstaining.

The Geneva-based forum called for the UN to "dispatch urgently an independent international fact-finding mission" to Venezuela to "investigate extrajudicial executions, enforced disappearances, arbitrary detentions, torture and other cruel, inhuman or degrading treatment since 2014."

In the subsequent report, findings suggested that many of the more than 6,000 killings in alleged confrontations with state security forces since early 2018 may in reality have been "executions."

The UN body urged Caracas on Friday to release all "political prisoners," and deplored the country's "systematic abuse of state institutions... accelerating the erosion of the rule of law and of democratic institutions."

The fact-finding commission will document and present its work to the UN Human Rights Council within a year.

The call for an inquiry was made at the request of the Lima Group, a multilateral coalition of 12 countries set up in 2017 to establish a peaceful exit to the Venezuelan crisis.

"Venezuelans, men and women, cannot wait any longer" for justice, said Silvia Elena Alfaro Espinosa, the representative of Peru, on behalf of the sponsoring nations, which also included countries such as Brazil, Israel and Canada.

The resolution outlined that the investigation should be conducted "with a view to ensuring full accountability for perpetrators and justice for victims." The decision also received the backing of the European Union.

Jorge Valero, Venezuela's ambassador to the United Nations, called the resolution a "hostile initiative" and said Venezuela would not cooperate with the new investigation.

"The imposition of an additional monitoring mechanism will never receive the consent of my country," Valero told the council.

"This small group follows to a tee instruments handed to them by the American empire, these are shameful subjects of administration of President Trump," he added.

The Simon Bolivar bridge spanning Venezuela and Colombia has been largely shut since February 23. The site of repeated protests, it has since become known around the world. DW visited the contentious crossing. (03.04.2019)