For the first time, a UN special committee on human rights has voted overwhelmingly to try the North Korean regime for crimes against humanity. But the resolution must first get through the Security Council. 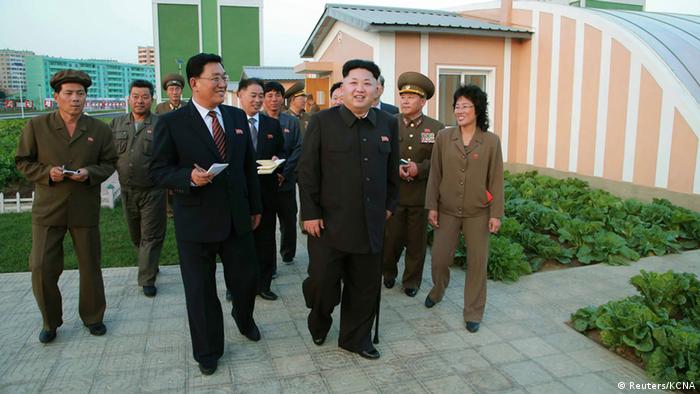 A UN committee on Tuesday voted to refer North Korea to the International Criminal Court (ICC) in The Hague.

A move to hold the isolated country accountable for its poor human rights record, the decision marks the first time a referral of North Korea to the ICC has been brought up by the UN General Assembly's Third Committee, which focuses on human rights.

The resolution, drafted by the European Union and Japan, was passed with 111 votes in favor, 19 votes against and 55 abstentions. Among those who voted against it were North Korea's number-one ally China, along with Russia, Syria, Iran and Cuba.

There are "reasonable grounds to believe that crimes against humanity have been committed … pursuant to policies established at the highest level of the state for decades," the resolution stated.

"The General Assembly ... decides to submit the report of the commission of inquiry to the UN Security Council, and encourages the council to ... take appropriate action to ensure accountability, including through consideration of referral of the situation in North Korea to the International Criminal Court."

Tuesday's vote followed a report by the UN Commission of Inquiry published in February. Based on 300 interviews with exiled victims of the regime in North Korea and experts, it found that crimes against humanity committed by Pyongyang included killings, systematic torture, rape, forced abortion, political persecution, starvation and the imprisonment of up to 120,000 so-called dissidents in prison camps.

The resolution will now go for a vote at the General Assembly as a whole in December. If it is passed there, it will go on to the UN Security Council, which alone has the authority to refer countries to the ICC.

It is not likely, however, that the Security Council will pass it on to the ICC, as permanent members Russia and especially China are likely to use their veto power.

China, Russia and Cuba all sought to have the referral of North Korea to the ICC removed from the resolution.

Ahead of the vote, North Korea tried to use diplomacy as a means to sway the committee, and even invited the UN special rapporteur on human rights to the country for the first time. Having failed at its attempt, Pyongyang responded angrily and with threats to the passing of the resolution.

"The outrageous and unreasonable human rights campaign staged by the United States and its followers in their attempts to eliminate the state and social system of [North Korea] is compelling us not to refrain any further from conducting nuclear tests," said Choe Myong Nam, North Korea's representative in the Third Committee.

Steinmeier: 'North Korea cannot have it both ways'

Atomic weapons or economic aid? They can't have both, says German Foreign Minister Frank-Walter Steinmeier in an interview with DW's Dagmar Engel in Panmunjom. (01.11.2014)

A Japanese delegation has travelled to Pyongyang to discuss a North Korean probe into the abductions of Japanese citizens in the 1970s and 80s. The issue has long been a source of tension between the two nations. (27.10.2014)

Coronavirus: US economy grows at record rate 53m ago