A Japanese delegation has travelled to Pyongyang to discuss a North Korean probe into the abductions of Japanese citizens in the 1970s and 80s. The issue has long been a source of tension between the two nations. 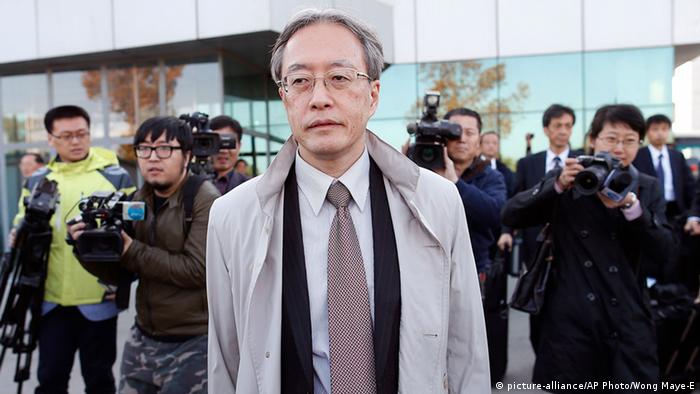 The first official Japanese delegation to visit North Korea in a decade touched down in Pyongyang on Monday, starting a four-day visit aimed to gauge the progress of an inquiry into the fate of Japanese citizens kidnapped during the Cold War.

Japan and North Korea have no formal diplomatic ties, and the relationship between the two countries has been frosty for decades, partly owing to the issue of the kidnappings.

After years of deadlock, North Korea pledged in May to launch a fresh investigation into the Japanese hostages taken by its agents in the 1970s and 80s. Japan followed in July by agreeing to ease some of its unilateral sanctions against the secretive state. But the probe into the kidnappings hasn't advanced as quickly as Tokyo would have liked, and North Korean officials failed to produce an update on their progress during a meeting with Japanese representatives in China last month.

"We want them to explain the status of the investigation…We plan to use this visit to Pyongyang to tell the person in charge that Japan regards the abduction issue as a priority," chief Japanese government spokesman, Yoshihide Suga, told reporters in Tokyo on Monday.

Junichi Ihara (pictured), the head of the Asia and Oceania affairs bureau at Japan's Foreign Ministry, is leading the delegation, which is made up of police and other experts.

Tokyo estimates that at least 17 people were taken during the 1970s and 80s to train North Korean spies in Japanese language and culture, but the number of abductees could be as high as 800 if police missing persons cases are taken into account.

In 2002, Pyongyang admitted it had kidnapped 13 Japanese citizens to train spies. It released five of them that same year, but claimed the remaining eight had died. Tokyo, however, believes potentially hundreds were abducted and may still be alive.

The kidnappings are an emotionally-charged issue in Japan, where families of the missing have repeatedly appealed to the international community to increase pressure on Pyongyang to come clean.

A UN-mandated investigation released a report in February which estimated that around tens of thousands of foreign nationals from at least 12 countries were believed to have been snatched by North Korea.