Negotiators in Lima, Peru have been granted extra time as they struggle to make a breakthrough in ambitious climate talks. Disagreements on shared responsibility among rich and poor nations are the central problem. 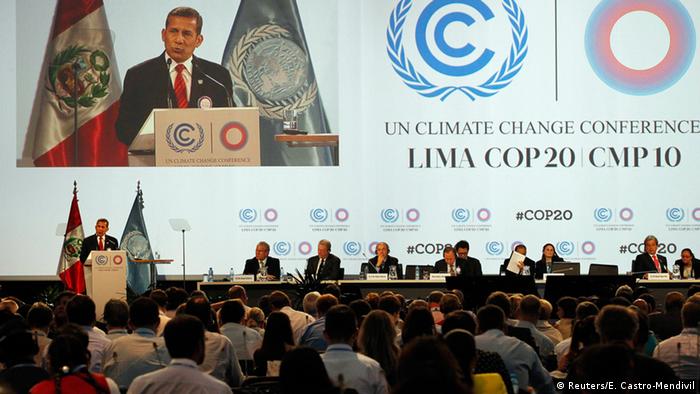 United Nations climate talks taking place in Lima, Peru appear set to extend into the coming weekend as negotiators scramble to forge a compromise between rich and poor nations on the best way to combat climate change.

Peruvian Environment Minister Manuel Pulgar-Vidal agreed to give the negotiators more time Friday to come to an agreement on a draft text of what would be the most ambitious climate accord ever.

"We are almost there. We need to make just a final effort," Pulgar-Vidal said.

"This will not be over today," Chinese delegate Zhang Jiutian said. "There are still some points in the agenda that need more discussion."

For the past 12 days, representatives from over 190 countries have been struggling to overcome years-old disputes over sharing responsibility for curbing climate change.

Campaigners in Lima, however, said they feared a weak-willed compromise.

"The latest text which countries are working on has been stripped down to its bare bones to accommodate the whims of the lowest common denominator," said Christian Aid's Mohamed Adow. "Right now we are facing the prospect of being no further forward than we were when we left last year's meeting in Warsaw."

One of the most contentious issues at the Lima talks is getting the participating countries to agree on what information should go into the pledges that governments are expected to put forward at the Paris talks next year as part of a global climate pact.

Many nations are at loggerheads over how "differentiation" should be applied in the process of declaring national pledges for curbing greenhouse gas emissions.

Developing nations have demanded that the West take on a bigger share of the burden for the carbon cuts, reasoning that they started to pollute the environment decades ago.

However, wealthy nations were quick to point out that fast developing economies like China and India are guilty of burning fossil fuels to power their rapid growth.

Poorer countries have also said they want the pledges to incorporate not only action in the push to meet targets, but also financial help and aid to improve their climate defenses.

On the penultimate day of the conference, US Secretary of State John Kerry appealed to developing nations to recognize that they too needed to reduce pollution from fossil fuels, even if they felt it was unfair.

"We have to remember that today more than half of global emissions, more than half, are coming from developing nations. So it is imperative that they act, too," Kerry said. 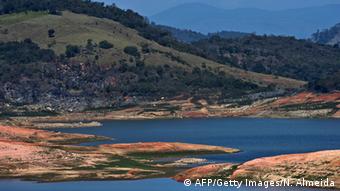 Climate change threatens to exacerbate drought conditions around the world

A format for the key sticking point of the pledges must be agreed in Lima to allow countries to start their submissions from the first quarter of next year.

The pledges, which are central to the global climate pact participating nations have agreed to sign in Paris in December 2015, are expected to come into effect by 2020. The aim of the pledges is to limit average global warming to two degrees Celsius (3.6 degrees Fahrenheit) over pre-Industrial Revolution levels.

Bärbel Höhn, head of the environment committee in the German parliament, believes there's still hope for an agreement. "Renewable energy has become much more cost effective, and is now really an alternative to coal and nuclear power. And the larger countries are having problems with coal-fired power plants - the Chinese population is suffering from health problems. All this could contribute to increased climate protection at home, and lead to greater climate protection worldwide," she said.

"We have been talking over the last two decades," said Ban. "We don't have a moment to lose."