The United Nations has blamed both sides in the Yemen conflict for violence that has made food deliveries all but impossible across hard-hit areas. It also condemned the recruitment of child soldiers. 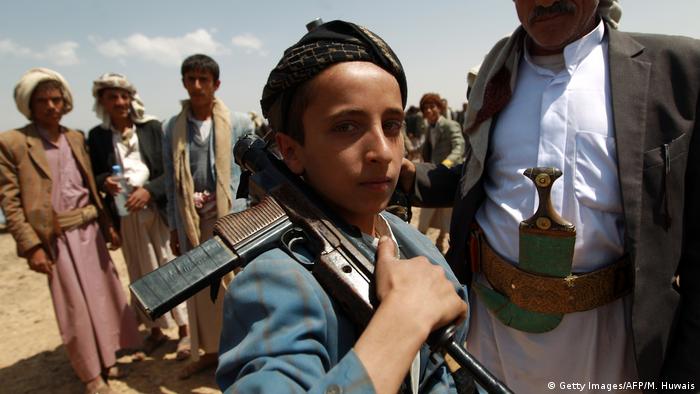 "O'Brien's convoy was denied passage at the final checkpoint before crossing the frontline" into Taez, according to a statement by the UN's Office for the Coordination of Humanitarian Affairs (OCHA).

The OCHA statement continued: "O'Brien was extremely disappointed that humanitarian efforts to reach people in need were once again thwarted by parties to a conflict, especially at a time when millions of Yemenis are severely food insecure and face the risk of famine."

O'Brien is on a week-long tour of Yemen, Somalia and Kenya. He warned on Monday that seven million Yemenis face "serious risk of famine" unless international donors intervene.

The United Nations accuses both sides of restricting access to the country's ports, which is limiting the supplies of food, fuel and medicine. O'Brien urged international donors to increase their aid. He said that Yemenis needed to ensure that foreign aid could reach the people now facing severe food shortages.
More than 2 million children are among those described as acutely malnourished. That includes 460,000 children under the age of five who are at risk of dying from pneumonia or diarrhea.

"The international community needs to step up its funding and the parties to the conflict need to continue providing humanitarian access," O'Brien told reporters at the government's base in Aden late on Monday. "This also means access to the ports so that the needed imports can enter Yemen," he said.

The Houthi rebels control the capital Sanaa and much of the northern highlands of Yemen, where conflict has escalated over the past two years. 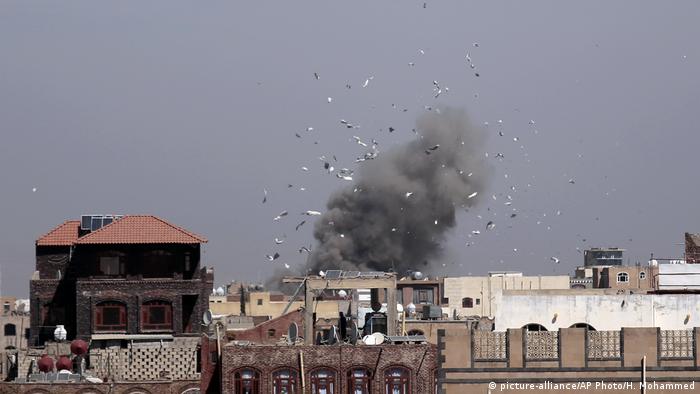 Forces loyal to President Abedrabbo Mansour Hadi, backed by a Saudi-led Arab coalition, have held out in Taez although they are surrounded by rebel forces and their allies.

The regional director at the International Committee of the Red Cross (ICRC), voiced concern at the fate of 500,000 people in the port city of Hodeidah as the conflict moves north up the Red Sea coast.

The "lifeline" of aid moving through Hodeidah and other ports is starting to be cut, Robert Mardini told reporters in Geneva.

"In terms of reserves, there are reserves for two, three or four months, I don't know," he said. "But there is an urgent need for re-supply, this is what we can say."

The UN has appealed for $2.1 billion (1.98 billion euros) to provide food and other life-saving aid, claiming that Yemen's economy and institutions are collapsing and its infrastructure has been devastated.

UN  Secretary General Antonio Guterres said last week that only $90 million of funding has been received so far, out of $5.6 billion needed this year for humanitarian operations in Nigeria, Somalia, South Sudan and Yemen.

The UN also slammed both sides for recruiting children to serve as soldiers. UN High Commissioner for Human Rights, Ravina Shamdasani, said the agency had verified that at least 1,476 children - all of them boys - had been recruited to fight by the warring sides.

"The numbers are likely to be much higher as most families are not willing to talk about the recruitment of their children, for fear of reprisals," Shamdasani said.

"Just last week, we received new reports of children who were recruited without the knowledge of their families," she said, adding that children under 18 years of age were either being "misled or attracted by promises of financial rewards or social status."