As poverty levels in the UK increase many of those affected are turning to food banks run by churches and mosques to get by. Damaging welfare cuts by the government are exacerbating an already dire situation. 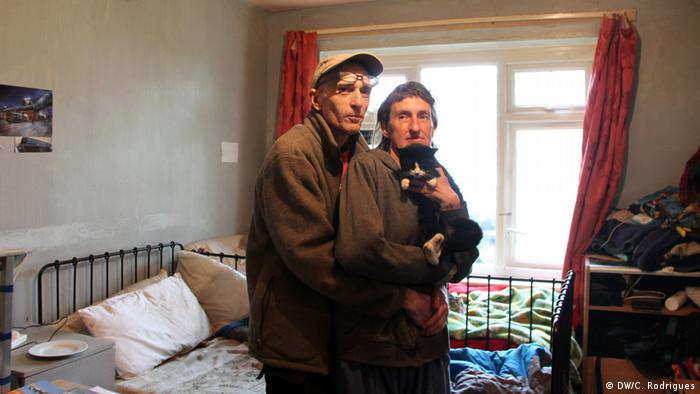 The exterior of the Platt's flat in Smethwick, a town just outside the city of Birmingham in the UK's West Midlands, is like any other: spotless windows, and well-manicured gardens. But as Tony Platt opens the door, the smell of unattended litter trays overwhelms the corridors. In the dimly lit room, sit two beds, a table, and half a dozen cats.

"My dad was a desert rat. He taught me the meaning of loyalty. He fought from Alexandria all the way to Tobruk in WWII," says Tony, in his early 50s, who was working as a landscape gardener, until last year when he suffered a heart attack.

Tony's appearance is that of a gentleman in castoffs. He is disheveled and unassuming, but rich in stories and values, with a dry sense of humor. Without any savings, the unexpected heart attack meant he had to fall back on Universal Credit — a Tory welfare construct, and a circuitous, hard to navigate social support system that leaves him short for a week at the end of every month.

Apart from the monthly £190 the Platts receive from the Department of Social Security, there is little else. "It's gone in a day, we have the shopping to do," he says.

"I am from the North you see, Rochdale. We had a policy in the North of England, if you ain't got it, you do without."

Before finding Salma Food Bank, it was not unusual for Tony to go to bed hungry. "It's these guys I care about," he says, pointing to his wife and cats. 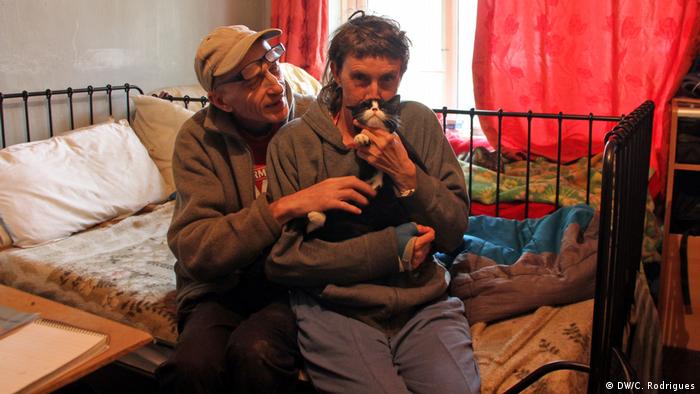 His wife, Emma, 51, was a former full time carer until the stress of her job took its toll and rendered her unfit to work. There is no respite from the illnesses she's suffered in recent years: epilepsy, diabetes, high blood pressure, making her reliant on severe medication. "When there is no food the diabetes can be life threatening," she says.

Just one example of many

Since Imran Hameed launched Salma Food Bank in the West Midlands three years ago in his mother's honor, he has been astonished by the levels of invisible poverty. "Poverty for me was either India or Pakistan. It was absolutely mental when we started doing this. It is right here on our doorstep."

Between April 2018 and May 2019, nearly 1.6 million three-day emergency food supplies were given to people in crisis by Trussell Trust food banks, a 19% increase from the previous year. More than half a million of these parcels went to children.

With welfare spending for UK's poorest cut by £37 billion, religious charities are stepping in. Last month, the UN's special rapporteur on extreme poverty and human rights, Philip Alston, likened the government's welfare politics to a "sanitized" version of Victorian-era workhouses.

Matt Adcock of the Church Urban Fund admits that the poverty crisis has worsened, but there is some good that has emerged from it.

"What is most inspiring about the growing number of initiatives like 'Feeding Bradford' is to see churches, mosques and social support groups working together to face the growing demand for food banks and support services," he said

A primary driver behind the increased food bank use is the Universal Credit system [a social security system which merged several payments into one with the aim of simplifying the system — the ed.], which former Labour leader Gordon Brown denounced as "cruel and vindictive." 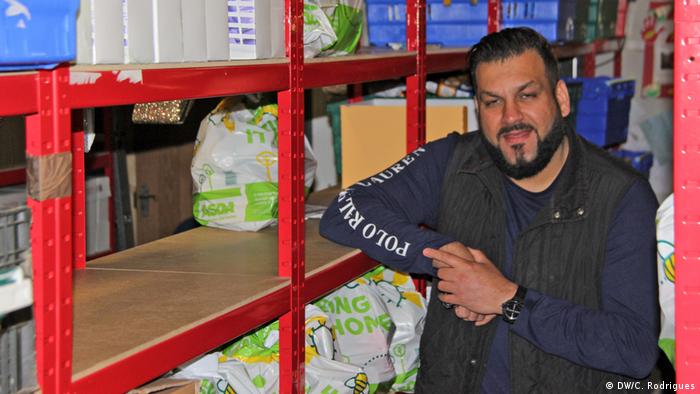 "In the West Midlands, Salma Food Bank is the only emergency food bank that delivers to your doorstep in an emergency," says Hameed.

Still, the challenges to access welfare support are plenty. Desperate mothers fleeing domestic violence suffer from language barriers; some don't have access to the internet and have to travel miles before they find their nearest job center.

"What is even more infuriating for a single mother is they require a voucher," says Hameed. 30% of his beneficiaries are infants and toddlers.

Currently there are around 8,000 churches involved in either running or supporting food banks. In many areas, the UK faith based groups have become the last beacon of hope for many who are just about surviving. "These groups are easily accessible unlike government schemes which can be a complicated process," says Ravinder Singh, founder of the Sikh-run Khalsa Aid. 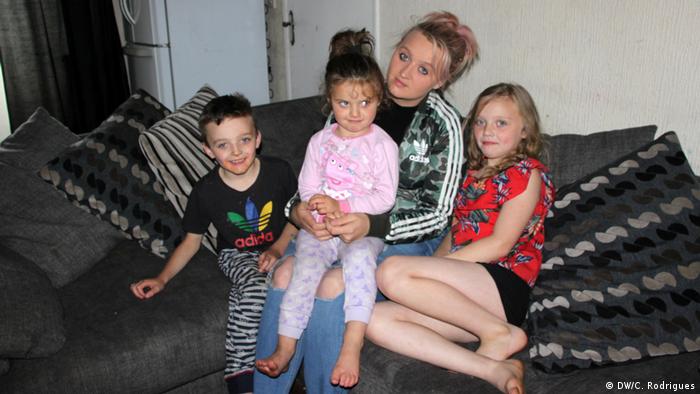 When Sasha Newbury*, in her early 30s, and her four young kids were threatened with a knife by her abusive husband in Dudley, the police asked Hameed for help. Quick to sense her desperation, Hameed gathered all the kids into his van with their belongings and put them in one of his own properties while they waited for support from the social services. Newbury was only a year into her marriage before cracks began to appear.

"I had no food, and I was struggling. And I needed help. I have no family, just a few friends. This was my last resort," she said from her four bedroom council house in Handsworth in the West Midlands.

Newbury had phoned the council previously and was denied help. Now in the midst of a divorce from her former Albanian partner and with two kids who suffer from cerebral palsy and attention deficit hyperactivity disorder, her fight is far from over.

Whilst loading food  parcels into his van to deliver to his next client, Hameed isn't showing any signs of slowing down. Inspired by his mother's values, he intends to continue helping his community.

*Name changed to protect her identity

No escape from poverty?

The NGO in Essen has begun handing out membership cards to non-Germans for the first time since December. The food bank's manager expressed relief at hopefully staying out of the national spotlight in the future. (11.04.2018)

After a decade of austerity and 12 months of pandemic and economic slowdown, the numbers of food banks and food bank users in the UK is rising sharply. And those users include working families

The Conservative Party lawmaker was stabbed during a constituent meeting in Essex. Police have arrested a suspect and said investigations showed "a potential motivation linked to Islamist extremism."