Ukraine′s Oleksiy Honcharuk: From political outsider to prime minister | Europe | News and current affairs from around the continent | DW | 29.08.2019

At the age of 35, Oleksiy Honcharuk is the youngest prime minister in the history of Ukraine. Like the country's new president, he is a political newcomer. So how did he rise to the top of Ukrainian politics? 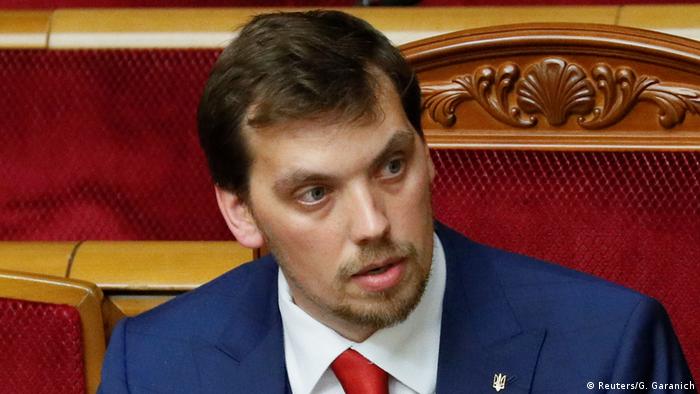 It's official: Oleksiy Honcharuk is the new prime minister of Ukraine. President Volodymyr Zelenskiy presented his nomination to parliament on Thursday, and it was ratified the same day. Honcharuk's appointment was widely seen as a formality; the president's party, Servant of the People, has an absolute majority and can therefore govern alone.

The Ukrainian media had been touting Honcharuk as the lead candidate for the prime ministerial post for several weeks. The former deputy head of the prime minister's office, he is, at the age of 35, Ukraine's youngest ever head of government. This continues a trend: His predecessors, Volodymyr Hroisman and Arseniy Yatsenyuk, were in their late 30s at the time they took office. Forty-one-year-old Zelenskiy is also the youngest president the former Soviet republic has ever had in its time as an independent state.

Like the president, Honcharuk is a newcomer to politics. He did, however, first indicate that he had political ambitions a few years ago. Unlike Zelenskiy, who used to be a comedian and actor, Honcharuk was unknown to the wider public until recently. 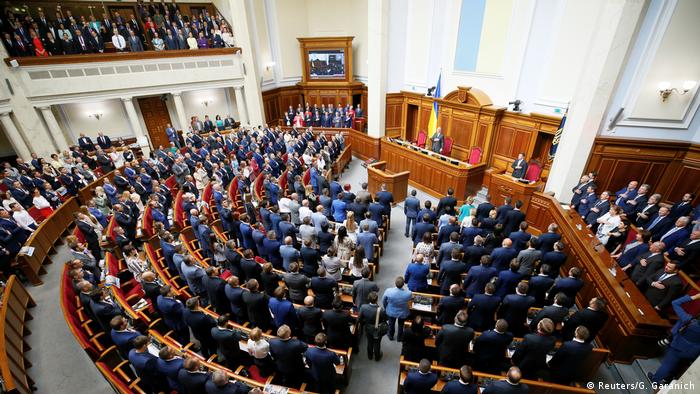 Urkraine's newly-elected parliament sat for its first session on Thursday

Honcharuk was born and brought up in a provincial town in the region of Chernihiv in northern Ukraine, not far from the border with Russia and Belarus. He studied law at the Interregional Academy for Personnel Management, an elite, state-run training center for high-ranking officials. This was followed by a career as a lawyer specializing in property development. Honcharuk headed up the legal departments of various construction and investment companies in Kyiv, and founded a non-governmental organization (NGO) assisting building investors who had been cheated.

Read more: Orange, green or black — the colors of revolutions

Photos from this period on his profile page with the social network VKontakte, the Russian equivalent of Facebook, show a poster boy for the young Ukrainian elite: shoulder-length hair, wispy beard and three-piece suits. Honcharuk lists his interests as politics, government administration, chess and soccer. 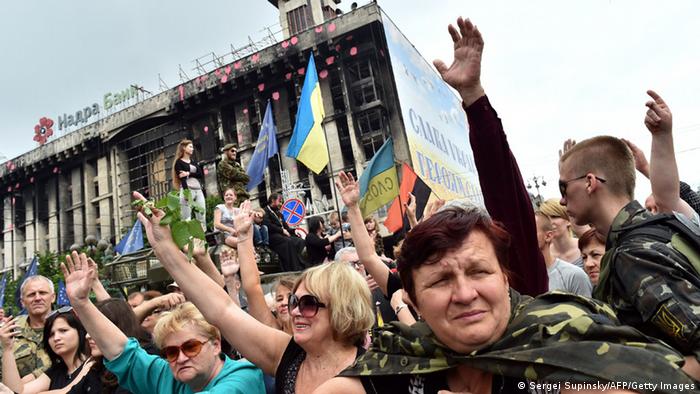 Honcharuk supported the Maidan revolution in 2015

Honcharuk's interest in politics led him to join the Power of People party. Founded in 2013, it was keen to make a name for itself after Ukraine's change of government in 2014 as a new, liberal force headed by fresh political faces. Honcharuk welcomed the Maidan revolution, but he did not appear in the media. Political success initially eluded him: Back then, with Honcharuk as its leading candidate, the party didn't even make it into parliament.

However, he continued to move in government circles, and became the protege of the then-minister of economy and trade, Aivaras Abromavicius. In 2015 he assumed the leadership of a new NGO promoting itself as a governmental adviser on digitization and cutting red tape. When asked about his successes in an interview in April 2019, Honcharuk gave a number of examples, including the scrapping of a stamp on official papers that used to be obligatory, and the simplification of cellphone payments. This is precisely what President Zelenskiy is planning for Ukraine with his idea of "the state in a smartphone." 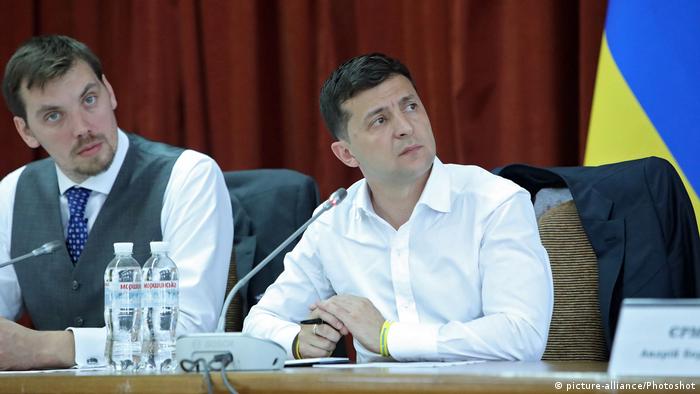 No rival for Zelenskiy

With the naming of the prime minister and the formation of the government, Zelenskiy's assumption of power is now complete. According to the Ukrainian constitution, the government is more powerful than the president, especially in matters of domestic policy. The position of head of government is therefore especially important. Little is known of any connection between the president and the prime minister. It is, however, clear that Honcharuk was not part of Zelenskiy's team in the president's former life as a comedian.

Clearly, Zelenskiy is looking for someone young who has come to politics from outside, a fresh face with an untainted reputation. Honcharuk fits the bill. In the post-Soviet countries, leaders like Honcharuk are described as technocrats — professionals who deal with the day-to-day business of internal politics, and implement the will of the president. So far, Honcharuk has not made any notable comments on foreign policy. As for charisma: The prime minister has a dry way of speaking, and still looks inexperienced on camera, which means he's no rival for the media professional Zelenskiy.