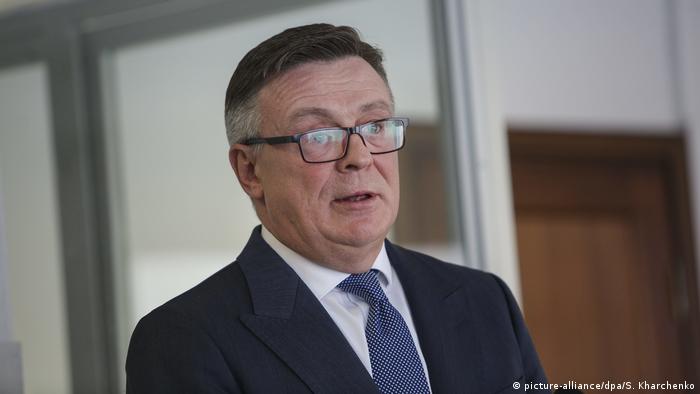 Kozhara is suspected of killing advertising mogul Sergiy Starytsky. The body of the 56-year-old pro-Russian businessman was discovered in Kozhara's home outside Kyiv last moth. Investigators determined he was shot in the head from Kozhara's pistol, said deputy interior minister Anton Gerashchenko.

The former minister and his wife "continue to claim Sergiy Starytsky ended his life by committing suicide," Gerashchenko wrote on Facebook on Wednesday. The couple admits to being at home at the moment of Starytsky's death, but say that the enterpreneur went to a different room and used the gun on himself.

However, the authorities have "reached the conclusion that (Starytsky) could not have shot himself," Gerashchenko said.

Ukrainian investigators now believe that the two men were consuming alcohol in the Kozharas' kitchen when they got into an argument, which turned into a physical altercation.

"The owner of the house went to the bedroom, took a gun, returned to the kitchen and shot at his friend," the police statement said.

The 57-year-old Kozhara led the country's Foreign Ministry from 2012 to 2014, when Yanukovych was ousted by the Maidan protest movement. If convicted, the former diplomat faces up to 15 years in jail.

Five years ago, Ukraine's Euromaidan protests kicked off, driving its autocratic leaders out of the country. But the revolution's promise has never come to pass because it lacks real leadership, writes Bernd Johann. (21.11.2018)