Prime Minister Oleksiy Honcharuk submitted his resignation for the second time in two months. President Volodymyr Zelenskiy previously wanted to give him a second chance. 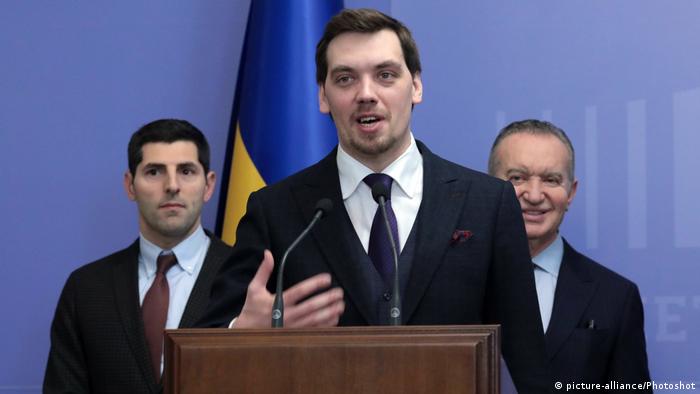 Ukrainian Prime Minister Oleksiy Honcharuk submitted his resignation on Tuesday for the second time within two months. Lawmakers from the ruling party will decide on Wednesday if to accept it during a special session.

The finance and foreign minister could also be replaced as part of the Cabinet reshuffle.

Deputy Prime Minister Denys Shmygal is tipped to replace Honcharuk. Shmygal had previously served as head of the regional administration in the western Ivano-Frankivsk region before taking on the deputy role last month.

There was no immediate comment from Honcharuk or President Volodymyr Zelenskiy. It isn't clear what prompted Honcharuk to now tender his resignation for a second time.

Honcharuk attempted to leave his role in January after leaked audio emerged of him seeming to call Zelenskiy a "layman" in economics. Zelenskiy is a former comedian with no political experience until he came into office in 2019.

At the time, Zelenskiy rejected Honcharuk's resignation, saying he was willing to give him a second chance. He added that it was not the time to shake Ukraine politically.

Zelenskiy's won a landslide victory in last year's April elections as a political outsider who promised to crack down on corruption. Since then, approval ratings for his government have dropped, particularly after a struggle to end the war against Russia-backed separatists in the eastern Donbass region.

Rebels have said they will participate in a prisoner swap as part of the deal, but offered fewer Ukrainians than Kyiv asked for. Ukrainian President Zelenskiy said he was a "hostage" of a failed 2015 deal. (10.12.2019)