Although the rules are clear, Russia and Ukraine have been locked in a dispute over the coming Eurovision Song Contest. The organizers are optimistic that it can take place in Ukraine, rumors notwithstanding. 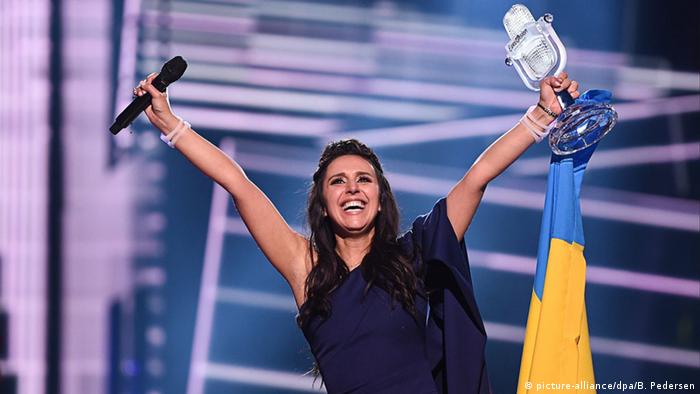 "Contrary to media reports, we can confirm there are no plans to move the 2017 Eurovision Song Contest to Moscow," the European Broadcasting Union (EBU) announced on Thursday.

The statement is likely to reduce speculation that financially-strapped Ukraine might not be able to host the event. Rumors to that effect began after Surab Alassania, director general of the Ukranian National Television Society (NTU), resigned in early November, noting that with one-third of his yearly budget earmarked for the multinational spectacle in Kyiv, not enough remained to insure regular broadcast services for the remainder of the year. Despite reassurances from the city and the European Broadcasting Union (EBU), which organizes the event, the finances - and the site - seemed less than iron-clad.

Were the 2017 Eurovision Song Contest (ESC) not to be held in Ukraine, Russia would likely be chosen as host country. Normally, if a winning country is not able to host the competition in the following year, that task falls to the winner of second prize. In 2016, that was Australia, which cannot, however, host the event due to its special guest status vis-a-vis the EBU. 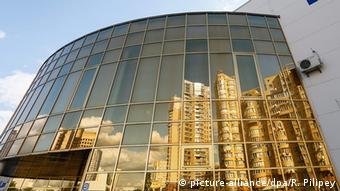 The International Exhibition Center in Kyiv, probable site of the ESC

Russia took third place in 2016. That switch of locations, however, would be highly controversial in light of the ongoing political conflict between that country and Ukraine.

At its General Assembly in Lausanne, Switzerland on Thursday, the EBU evaluated the status of preparations for the mega-event - with its hundreds of millions of television listeners, it is the world's largest entertainment show.

The statement which was released included no hint of a changed venue: "The EBU continue to work hard with NTU to produce The Eurovision Song Contest 2017 in Kyiv, and have been pleased with the way positive progress has been made."

Reports have circulated in recent weeks of artists being blacklisted - specifically, those artists who had supported Russia's annexation of Crimea - and thus would not be permitted to travel to Ukraine for the contest. Russian media then reported that the EBU had delivered an ultimatum to Ukraine that the country must invalidate the blacklisting as a precondition for hosting the event.

In an interview with DW, Emine Dzheppar, Ukraine's Deputy Information Minister, called those reports "faked news," stressing that she'd consulted with NTU Deputy Director Victoria Romanova and had found that the EBU had "raised no such demand on Ukraine." 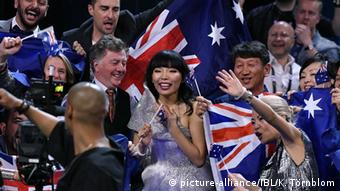 In 2016, Australia took second place with the singer Dami

An earlier EBU statement had in fact hinted at a conflict: "The EBU are engaging in constructive dialogue with the NTU and Ukrainian authorities to ensure that all delegates and artists can come and stay in Ukraine. We expect the Eurovision Song Contest 2017 to be as inclusive as every other year and Ukraine to honor the freedom of all delegations and artists to participate."

ESC rules expressly forbid political content in contest songs, but with its worldwide audience, the contest has repeatedly led to controversial discussions between participating nations.

Ever bigger, with ever more sophisticated technology and growing numbers of viewers: the Eurovision Song Contest revels in superlatives. But is it strictly apolitical? Think again! By DW's music editor Rick Fulker. (15.05.2016)