At least 215,000 children have been internally displaced and many more psychologically affected by fighting in Ukraine. UNICEF has called for "unhindered access" to help those affected. 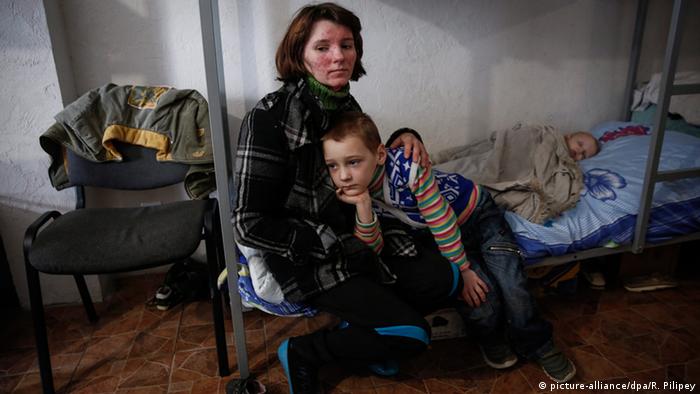 On Friday, UNICEF reported that 580,000 children living near the front lines of Ukraine's civil war or in areas not controlled by the Ukrainian government have been affected by the fighting.

The organization added that some 215,000 children have been internally displaced by the armed separatist insurgency that erupted in 2014 following the pro-democracy protests in Kyiv that led to the overthrow of Kremlin-backed President Viktor Yanukovych.

Ukraine remains locked in conflict with separatists in the east and has seen relations with Russia strained since the annexation of the Crimean Peninsula.

"Two years of violence, shelling and fear have left an indelible mark on thousands of children in eastern Ukraine," said Giovanna Barberis, UNICEF's representative in the country.

"As the conflict continues, we need to reach these children urgently to meet their physical as well as psychological needs," Barberis added.

According to the report, at least 20 children have been killed and 40 injured in the conflict, including 28 casualties resulting from mines and unexploded ordnance in 2015.

"UNICEF calls all parties to the conflict in Ukraine to ensure safe movement and unhindered humanitarian access to help children in need," Barberis added.

In January, German Foreign Minister Frank-Walter Steinmeier said the civil war was a priority for Germany's chairmanship of the Organization for Security and Co-operation in Europe (OSCE).

"We don't need a dialogue about dialogue, but a dialogue that doesn't cover up violations of central OSCE obligations, such as the annexation of Crimea," Steinmeier said.

About 9,000 people have died in Ukraine's civil war. Russia has been accused of supporting the separatists, though officials in Moscow deny the allegation.

Since Russian forces occupied Ukraine nuclear power plant Zaporizhzhia in March, the situation has deteriorated and the site has reportedly been shelled, raising concerns of a catastrophe.