From Russia with love: How damaging is the ′Russia Report′ for the UK? | Europe | News and current affairs from around the continent | DW | 21.07.2020

From Russia with love: How damaging is the 'Russia Report' for the UK? 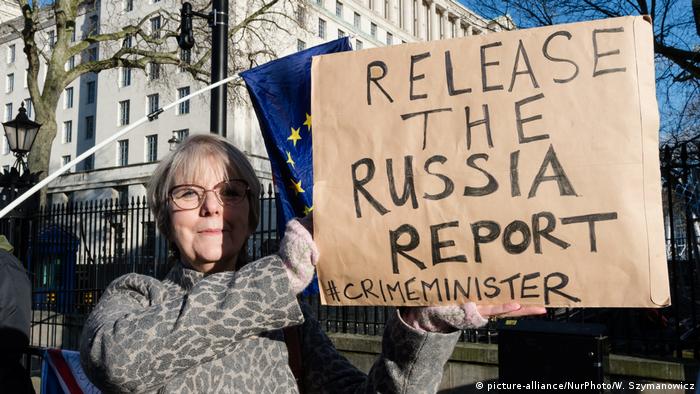 At the core of a 50-page report compiled by the UK's Parliamentary Intelligence and Security Committee (ISC) over a year ago is the question of to what extent Russian influence held sway over UK political events, such as the 2016 Brexit referendum, and whether senior Conservatives were open to such advances.

The report was unveiled on Tuesday, six months later than originally planned. That release date was scuppered by Prime Minister Boris Johnson's decision to dissolve parliament after calling a snap election, thus delaying its publication.

The crux of the matter is that the report could not be made public while the ISC was in limbo.

Indeed, the committee hadn't met since December's election — an anomaly in itself — due to Downing Street's failure to approve a list of MPs and peers nominated for membership. In a quirk of British politics, the ISC — which scrutinizes the activities of security and intelligence agencies — reports not to parliament but to the prime minister, who must clear its reports for publication.

What are they hiding?

The delay has raised all sorts of questions and fueled theories as to what kind of a smoking gun may be buried in the report. Details of the content remain scant as the ISC meets almost entirely behind closed doors.

"The government kind of downplayed [the report] in the last few months that there won't be some great reveal. What we know is that [the ISC] decided quite early in the 2017 parliament to look at Russian interference in British public life, British elections. And they said they did that on the back of the US inquiry into Russian activities in the [2016] US presidential election. They also said they were concerned about Russian influence in the EU referendum," says Andrew Defty, associate professor of politics at the University of Lincoln and co-author of "Watching the Watchers: Parliament and the Intelligence Services."

In the absence of a particularly egregious revelation such as an undisclosed donation or untoward relationship, it's the accumulation of a series of connections, says James Nixey, director of the Russia and Eurasia Programme at Chatham House.

"What I do think that you might see in this report all put together in the same place, at the same time is quite a lot of malign Russian influence which, when seen together, makes it look as if the Conservative Party is far too close to Russians who are themselves close to the Kremlin."

Allegations of Russian meddling in a foreign state's affairs are, of course, nothing new and the UK has experienced its fair share in various walks of life, be it Russian oligarchs buying up swathes of real estate in London or assuming ownership of Premier League football clubs. But it can also take on more sinister forms, such as the poisoning of Sergei Skripal, a former Russian military intelligence officer in Salisbury in 2018, allegedly masterminded by the Kremlin.

Presumably, these examples are merely the tip of the iceberg. What is relatively clear is that Russia made a somewhat "halfhearted attempt," as Nixey puts it, to influence the outcome of the Brexit referendum in favor of Leave. However, that involvement wasn't crucial in deciding the outcome.

"I think really personally that the more damning elements in the report would be the nature and amounts of financial transactions from Russian tycoons or oligarchs to the Tory party or to specific members," he says.

No one likes to be embarrassed — and the UK government under Johnson is no exception. But his attempts to obfuscate the matter and delay publication of the report have left him wide open to accusations that he's trying to hide something. Beyond that, it's muddied the waters as to whether the intelligence and security establishment can do its work independently and not be dragged into a political quagmire. 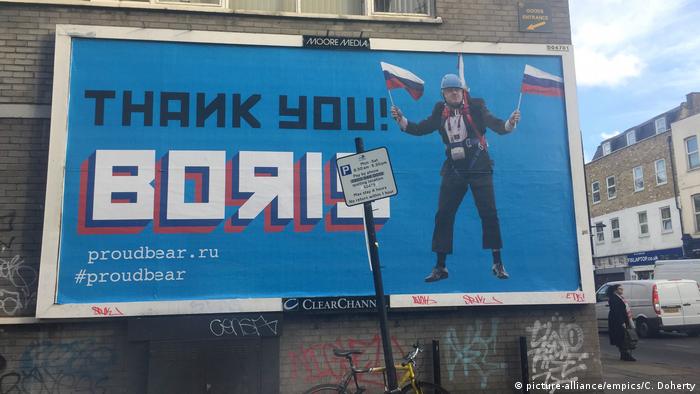 The report's revelations, although likely to be embarrassing, won't have a lasting impact on Johnson's government

"He's [Johnson] left himself open to criticism by not allowing the report to be released in the normal way before the general election. And certainly, I think the intelligence oversight process in the UK parliament has become politicized. His handling of the report and then the delay in bringing forward nominations for the committee after the election certainly reflects a level of undue influence or an attempt to at least go right to the very edge of the prime minister's powers of control over the ISC," says Defty.

The release a day before parliament's summer recess begins has also raised a few eyebrows. Essentially it leaves very little time for substantial debate and scrutiny before the summer break. Again, it begs the question of whether Johnson is merely using politically opportune tactics.

"It's hard to avoid the conclusion that it has been a deliberate tactic to prevent, proper parliamentary scrutiny and difficult parliamentary questions about the content of this report. So, will there be time for a debate about it? I suspect not," says Defty.

It's not uncommon for parliamentary committees to publish their reports during the recess. That would certainly kick up a media storm during the summer lull. However as Defty points out, "the fuss may have died down by the time parliament comes back in September."

By the same token, it's feasible that the imminent publication of the report could help to deflect from the government's perceived inept handling of the coronavirus outbreak.

Smoking gun or not, the report is unlikely to spark any major political fallout. Notwithstanding the long list of problems, the current government still enjoys a healthy mandate. If anything, Boris Johnson's resilience in the face of scandals seems to grow the more damaging they appear.

"I suspect the publication of a report which suggests that the Conservative Party has not been as secure as it might be in its social distancing from Russian influence, will create some waves and outrage, but not actually have a long term political effect," says Nixey.