The prime minister challenged the opposition to call a vote of no-confidence in the government. Members of parliament were meeting for the first time in two weeks following an "unlawful" suspension of parliament ruling. 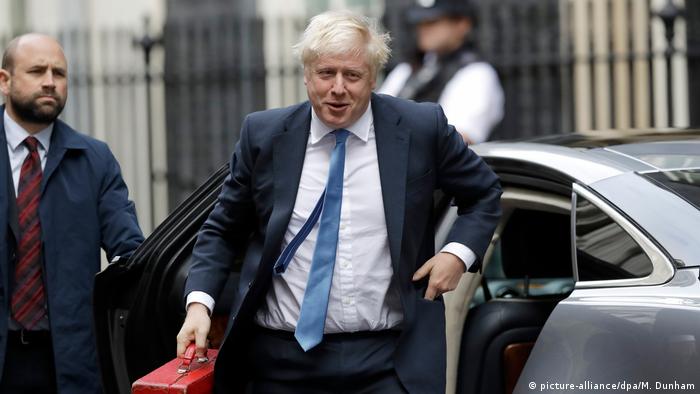 "Come on" challenged UK Prime Minister Boris Johnson, as he called on opposition parties on Wednesday to vote no-confidence in the Conservative-led government, a move which could trigger a general election.

The heated exchanges took place in the UK parliament as it held its first session following a suspension that the Supreme Court had ruled illegal a day earlier.

Referring to the Supreme Court ruling in his address, Johnson said proroguing parliament was a political matter and not an issue for the court to rule on, stating "the court was wrong."

He was interrupted loudly by calls of "you're a liar" as he continued to reiterate his demand that the UK  leave the EU on the 31 October and his determination to uphold the leave result of the Brexit referendum. 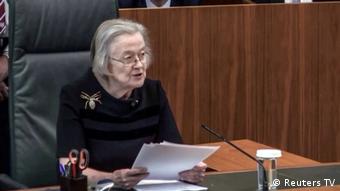 Throughout his appearance at the House of Commons, the PM referred to a law passed by the MPs to secure an extension on Brexit in the event of no deal being agreed with the EU by October 31 as both a "surrender," and a "capitulation" act and said that this act "enfeebles the government's ability to negotiate."

Calls for Johnson to resign

In response Jeremy Corbyn, leader of the opposition, called on the the UK's PM to resign. He stated he would only call for a general election if the PM was able to get an extension on the Brexit-leave date.

Other opposition MPs joined the Labour leader in condemning the PM for suspending parliament. The Scottish National Party's Ian Blackford said Boris Johnson "cannot pick and choose when it comes to the law, he must obey the law." 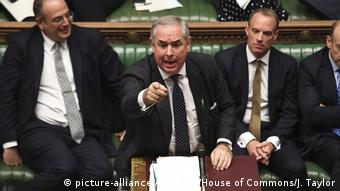 The mammoth debate in the UK House of Commons on Wednesday lasted for over eight hours. It centered on Brexit and Operation Yellow Hammer, with Michael Gove, the cabinet minister in charge of preparations for a "no-deal" Brexit, fielding the majority of the questions and answers in lieu of the PM.

Geoffrey Cox, the PM's attorney general, and first Conservative party MP to speak following the resumption of parliament, argued that the British Parliament was "dead." This was in response to the Supreme Court ruling on Tuesday that overturned the suspension of Parliament and called it "unlawful."

Tensions ran high during the debate with several MPs questioning the type of language used by the PM in the increasingly divisive Brexit debate.

Caroline Lucas, former leader of the Green Party, accused the PM of "whipping up populist language," and Bercow reminded the parliament to be aware of their language due to MPs on both sides of the Brexit debate receiving death threats.

Lawmakers also asked the PM to moderate his language while making reference to Jo Cox, the Labour MP who was murdered by a right-wing extremist days before the Brexit referendum in 2016.

The UK Parliament had been unable to sit since it was suspended on September 10. There were fears Johnson had sent lawmakers home to make it more difficult for MPs to discuss the terms of the UK's exit from the EU.

Johnson had argued it was to start a new session of Parliament following a two-year-long session. Usually Parliament sits for just one year.

Supreme Court President Lady Hale found in the Tuesday ruling that, "The decision to advise Her Majesty to prorogue Parliament was unlawful because it had the effect of frustrating or preventing the ability of Parliament to carry out its constitutional functions without reasonable justification."

The leader of Britain's opposition Labour Party has narrowly won support for his Brexit strategy from its members. The focus is now on winning an election on social justice issues. (23.09.2019)