UK lawmakers have criticized the Labour party's leader for failing to root out anti-Semitism from its ranks. A Jewish MP said she will not apologize "for holding my own party to a higher standard." 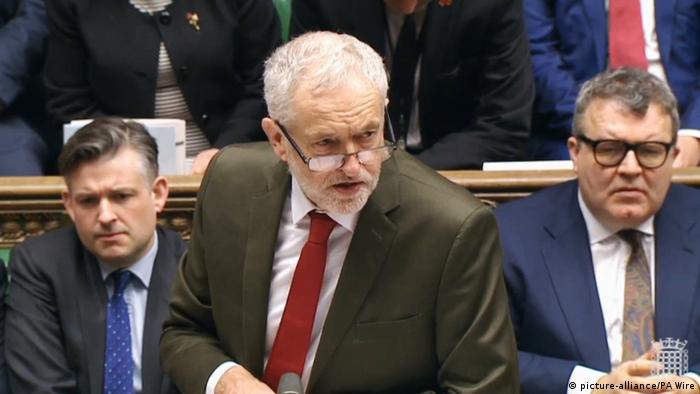 British lawmakers on Tuesday criticized Labour leader Jeremy Corbyn for failing to curb anti-Semitism among his supporters and even within the party.

Jewish Labour MP Luciana Berger said she has been targeted by anti-Semitic statements, noting that little had been done to combat the phenomenon in the party.

"My party urgently needs to address [anti-Semitism] publicly and consistently. And we need to expel those people from our ranks that hold these views," Berger said.

"I make no apology for holding my own party to a higher standard. Anti-racism is one of our central values and there was a time not long ago when the left actively confronted anti-Semitism."

At one point of the debate, the Labour leader left the parliamentary chamber, but returned shortly afterward. Corbyn, a vocal critic of Israeli policy, has previously apologized for what he described as "pockets" of anti-Semitism in the party.

Criticism of Corbyn also came from across the aisle, with Conservative lawmaker Sajid Javid, the housing and communities secretary, saying the debate "won't perhaps be the most comfortable three hours of debate" for the Labour leader.

"We cannot and we must not ignore the particular concern with elements within the Labour Party, nor can we ignore the fact that this increasing concern has correlated with the current leader of the opposition and the wave of activists that have come with him," Javid said. 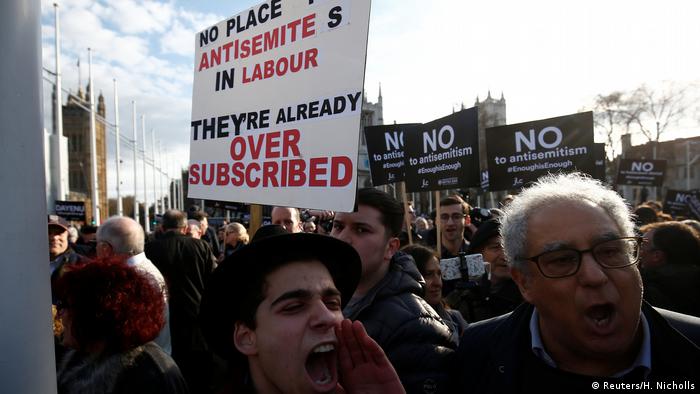 This is not the first time Corbyn has come under fire. He has been criticized for his association with Paul Eisen, a known Holocaust denier, and described Hamas and Hezbollah, which oppose the state of Israel, as "friends."

Earlier this month, British Jewish groups gathered in front of the British parliament, accusing Corbyn of failing to deal with resurgent anti-Semitism among his ranks.

In a poll for The Independent newspaper published on Tuesday, roughly 61 percent of people said they believe Labour under Corbyn has an issue with "racism or religious prejudice."

Last week, Israel's own Labour Party announced that it had suspended relations with Corbyn, citing "hostility" towards the Jewish community.