Israel's Labor party has suspended relations with its British counterpart's leader, Jeremy Corbyn. The UK Labour Party has been engulfed in a host of scandals concerning anti-Semitic attitudes within its ranks. 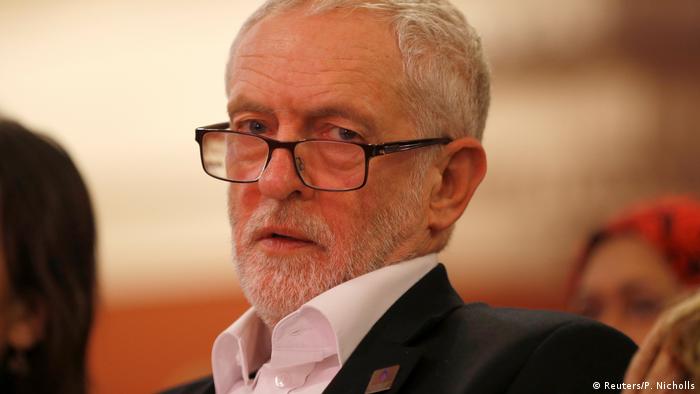 The leader of Israel's Labor party, Avi Gabbay, published a letter on Tuesday declaring that he was suspending ties with his British counterpart, Jeremy Corbyn.

"It is my responsibility to acknowledge the hostility you have shown to the Jewish community and the anti-Semitic statements and actions you have allowed as leader of the Labour party UK," Avi Gabbay told Corbyn in a letter via Twitter.

"As Israel approaches Holocaust and Heroism Remembrance Day this week, we are reminded of the horrors of anti-Semitism in Europe and our commitment to combating anti-Semitism of all forms and in all places," Gabbay's letter said. "As such, I write to inform you of the temporary suspension of all formal relations between the Israel Labor party and the leader of the Labour Party UK."

Gabbay's declaration comes as Corbyn and Britain's Labour Party finds itself engulfed in the midst of yet another anti-Semitism scandal.

Last month, British Jewish groups held a street protest outside of parliament accusing Corbyn of failing to tackle anti-Semitism within his party's ranks. The march was largely a reaction to a Facebook comment posted by Corbyn in 2012, in which he defended a blatantly anti-Semitic mural in east London.

In an open letter published after the march, Corbyn apologized for "pockets" of anti-Semitism inside of Labour. His detractors, however, rebuffed the apology and accused him of turning a blind eye to what appears to be a long-running problem within the party, particularly since his improbable rise to the party leadership in 2015.

In April 2016, Labour parliamentarian Naseem "Naz" Shah was suspended after a UK political blog unearthed a Facebook post in which she compared Israel to Nazi Germany and suggested that Jews were "rallying" defense of Israel. She was reinstated into the party after apologizing.

Also in April 2016, Labour's former London Mayor Ken Livingston said in a BBC interview that Adolf Hitler had originally been a Zionist who wanted to move Europe's Jews to Israel "before he went mad."

He reasserted those comments several months later, claiming there was "real collaboration" between the Nazis and the Jews. He has been suspended from the party despite several groups calling for a permanent ban.

Corbyn himself has also been accused of harboring anti-Israeli sentiments. In 2009, before becoming UK Labour leader, he invited members from the Hamas and Hezbollah militant groups to speak before Parliament, referring to them as "friends."

Gabbay's condemnation of Corbyn's leadership was also spurred by the "very public hatred of the policies of the government of the state of Israel, many of which regard the security of our citizens and actions of our soldiers — policies where the opposition and coalition in Israel are aligned," the letter read.

Lasker-Wallfisch: "Anti-Semitism is a 2,000-year-old virus"