The former leader of Britain's main opposition has also been expelled from the Parliamentary party. Corbyn reacted to a damning report from an equality watchdog by saying antisemitism in the party was "overstated." 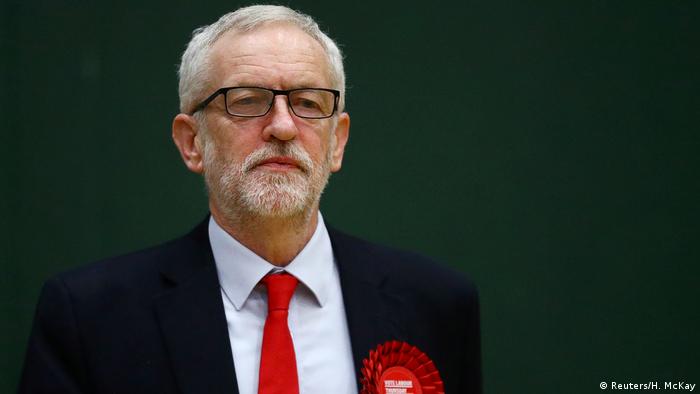 Britain's opposition Labour Party on Thursday suspended former leader Jeremy Corbyn over his reaction to a report that said the party was responsible for discrimination in its handling of allegations of anti-Semitism.

The report from the Equality and Human Rights Commission (EHRC), a government watchdog, found Corbyn's office broke equality law through its "inexcusable" approach towards anti-Semitism complaints.

Corbyn reacted to the EHRC's conclusions with a statement claiming the problem was "dramatically overstated for political reasons" by opponents and the media.

It was these remarks that provoked the following Labour Party statement: "In light of his comments made today and his failure to retract them subsequently, the Labour Party has suspended Jeremy Corbyn pending investigation."

"He has also had the whip removed from the Parliamentary Labour Party."

How did Corbyn react to the suspension?

Corbyn was quick to respond to the news. He tweeted: "I will strongly contest the political intervention to suspend me. I’ve made absolutely clear those who deny there has been an anti-Semitism problem in the Labour Party are wrong. I will continue to support a zero tolerance policy towards all forms of racism."

Allegations of anti-Semitism plagued Corbyn and his party throughout his tenure as leader.

Corbyn stepped down at the beginning of the year following a crushing defeat in last year's UK election that saw the Conservative Party increase its majority in the UK Parliament.