UK: Can a new leader remove Labour′s anti-Semitism stain? | Europe| News and current affairs from around the continent | DW | 03.04.2020 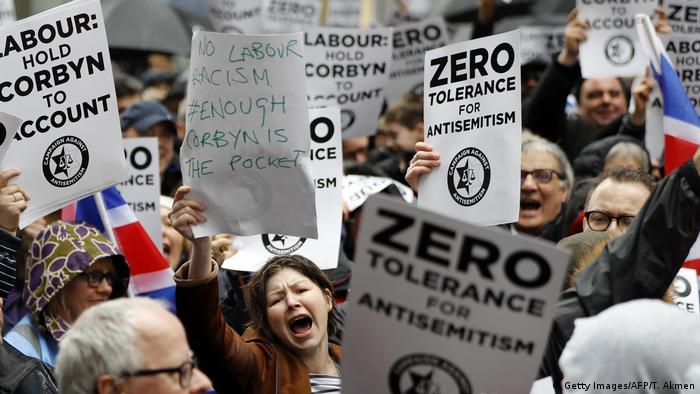 Six shifty-eyed bankers, most with large hooked noses, sat around a game of Monopoly, resting on the backs of four buckled, unclothed bodies. The East London mural — painted in 2012 — was flagrantly anti-Semitic, many concluded, but it found apparent support from a man who would, three years later, become leader of the UK Labour Party.

"Why?" asked Jeremy Corbyn when the artist announced that the image would be removed; failing, it seemed, to recognize the offense it caused. For Natasha Isaac, a Jewish lawyer who wanted to join the party, it was a turning point.

"We know he is not a stupid man, it was very possible for him to understand the undertones of that image and he just sort of brushed it all off as if it were nothing." 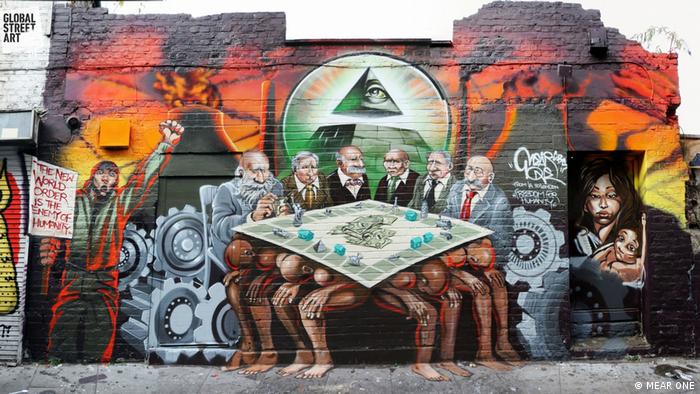 Corbyn later apologized, but the row reflected what many saw to be his softness on anti-Semitism. Now, as the party prepares to elect his replacement, there are hopes that Labour can rebuild relations with the Jewish community.

Corbyn and his 'friends'

On the face of it, there seems a good chance of that happening. Each of the candidates — Rebecca Long-Bailey, Lisa Nandy and the favorite, Sir Keir Starmer — has pledged to make tackling anti-Semitism a priority. But a change at the top won't necessarily redress anti-Jew feeling among the party's rank-and-file, much of which emerged with the arrival of Corbyn, experts say.

To understand why this was the case, the outgoing leader's beliefs on Middle East policy must be examined, argues sociologist and writer Dr Keith Kahn-Harris.

"It's to do with the place the Palestinian struggle holds within the type of left-wing politics that Corbyn has been associated with. And in particular, [the] tolerance or even outright support for groups like Hamas or Hezbollah."

The latter were "friends," Corbyn said at a parliamentary meeting in 2009. He later rowed back on the comment, and has consistently expressed disgust at all forms of prejudice — but his election nonetheless saw a shift in anti-Semitic discourse "from the margins to the center," says Kahn-Harris.

Recognizing the issue, Corbyn asked barrister and human rights campaigner Shami Chakrabarti to conduct an inquiry. Her report concluded that the party had an "occasionally toxic atmosphere," but denied it was "overrun by anti-Semitism."

A series of recommendations to tackle the "clear evidence of ignorant attitudes" among some Labour members — mostly expressed online — were made; but for many, it didn't go far enough. In early 2019, Jewish MP Luciana Berger left the party citing "institutional anti-Semitism."

Barry Kushner, a senior Labour councilor in Liverpool, isn't convinced that the issue is systemic, but he believes Corbyn could have done more.

Now, with the Labour leader's departure, Kushner is confident that the situation will improve — especially if Jews remain in the party.

"It's important to show people in the Jewish community that people like me, and other Jewish people, can mix, join, engage, communicate, be part of party activities without being attacked for being Jewish," he said. 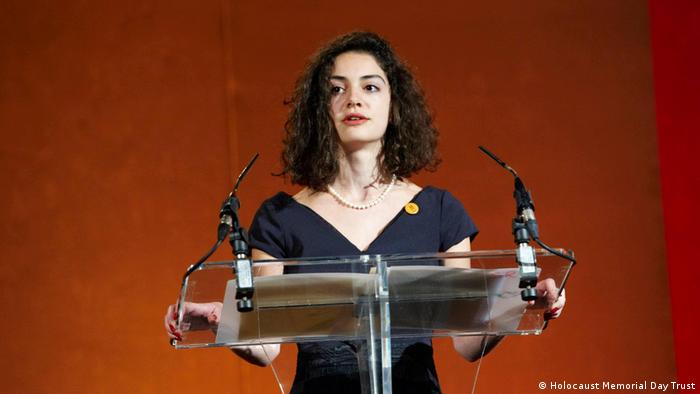 It's a message yet to resonate with the likes of Natasha, who feels that Labour simply isn't a "safe home" for her at present. To correct this, she wants to see wider-scale expulsions of those expressing anti-Jewish hate.

It's a process that's already underway, Labour says. New rules have strengthened the party's disciplinary procedure, allowing for the fast-track ejection of those deemed bigoted. In a single day in February, 25 members were removed over allegations of anti-Semitism.

Education must also play a crucial role, Natasha believes. "[Anti-Semitism] is that sort of double-edged discrimination of being both the underclass and the sort of elite. It's difficult for people to get their heads around."

Much rides on the findings of another (currently ongoing) inquiry, too: that of the Equality and Human Rights Commission (EHRC). The anti-discrimination watchdog — which launched its investigation in May last year — is reported to have received testimonies from 70 Labour staffers, including allegations that Corbyn's office directly interfered in probes into anti-Semitic behavior.

The party has strenuously denied these claims, but "there's an element of holding their breath until the report comes [out]," says sociologist Kahn-Harris.

Regardless of its findings, the three leadership hopefuls have each resolved to implement the EHRC's recommendations. Ten pledges released by the Board of Deputies — the UK's largest Jewish community group — to end Labour's "anti-Semitism crisis" have also been endorsed by the candidates.

For British Jews, these are welcome signals of intent. But to win back their trust, actions — not words — are needed.

"I'm fairly optimistic [that will happen]," says Natasha. "But I think seeing is believing."