Polls suggest that Labour is trailing both the Scottish National Party (SNP) and the Scottish Conservatives in Thursday's local elections and bode ill for its fortunes in the UK general election. Peter Geoghegan reports. 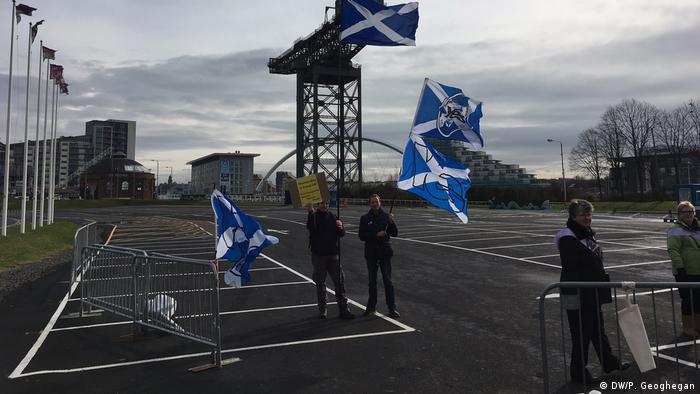 During the Cold War, Glasgow was sometimes used by film crews as a substitute for Moscow. Scotland's largest city has plenty in common with the Russian city: heavy industry, a skyline filled with concrete tower blocks, grey weather. And, in the marble halls of the Victorian City Chambers, Glasgow had a ready-made double for the Kremlin.

While the Soviet system collapsed in the early 1990s, Glasgow retained the air of a one-party state. Inside the City Chambers Labour has held the reins of power on Glasgow City council almost continuously since World War II.

But that supremacy looks set to come to an end.

Read: Labour adrift in Scotland after losing to SNP, Tories

Losing Glasgow would be the latest in a long line of setbacks for Labour, the onetime "party of Scotland." In recent years, Labour has suffered a series of crushing defeats by the nationalists, culminating in a third place finish in elections to the devolved Scottish parliament last year.

Alex Mosson, a former Labour Lord Provost of Glasgow, says that Labour is still paying the price for actively opposing Scottish independence during the 2014 referendum. "They made a blunder by not having a clearly defined policy to allow people in the Labour movement to support independence," says Mosson who, like a majority in Glasgow, backed a 'yes' vote.

Although the unionists won the 2014 referendum, the following year Labour lost all but one of the 41 seats it held in the Westminster parliament, including all seven in Glasgow. Few commentators expect the party's fortunes to improve in the snap general election called by British Prime Minister Theresa May.

"In people's minds now the SNP is just the natural party of government. It's what Labour was a decade ago," says Gerry Braiden, a reporter with the Glasgow Herald. "You have people speaking the same way now that they used to speak about Labour."

Privately the SNP is confident of winning overall control of Glasgow City Council for the first time in the party's history. That would be seen as a major symbolic victory, confirming the nationalists' position as the dominant force in Scottish politics, particularly in former Labour heartlands.

"A lot of traditional Labour supporters in Glasgow - despite what their party were telling them (about Scottish independence) - went on this journey from 'no' to 'yes' and this has just continued," says Feargal Dalton, an SNP councilor in Glasgow's West End.

Independence remains the dividing line in Scottish politics. The Scottish National Party won all but three of Scotland's 59 Westminster seats in 2015, and is hopeful of keeping many of those, especially in former Labour heartlands in Glasgow and the west of Scotland where support for independence was highest. 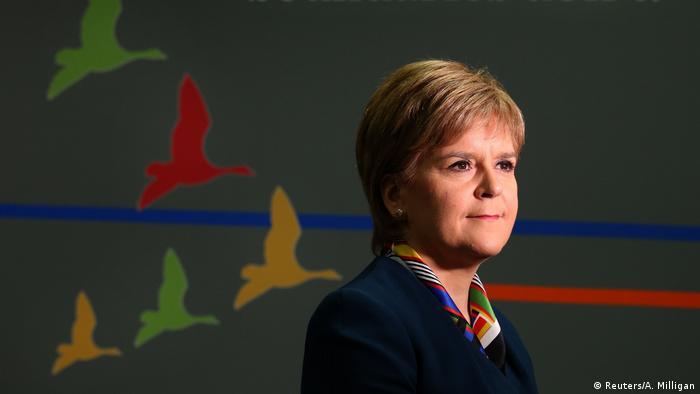 Brexit has put the issue of Scotland's constitutional future firmly back on the political agenda. In March, first minister Nicola Sturgeon's minority SNP administration in Edinburgh voted to demand the powers to hold a second referendum on leaving the UK.

But Brexit is causing problems for Scottish nationalists, too. Although almost two-thirds of Scots voted to remain in the European Union as many as 400,000 independence supporters backed Brexit.

What about the day job?

Polls suggest a majority of Scots remain opposed to independence. Conservatives have seen their vote share in Scotland rise to levels not seen since the 1970s, before Margaret Thatcher introduced the economic policies that many Scots still blame for rapid de-industrialization and unemployment.

Scottish Conservative leader Ruth Davidson has said that the June general election is an opportunity to "send a strong message that we oppose SNP's divisive plan for a second referendum." Theresa May has already rejected calls for such a vote, branding it "destabilizing" just weeks before announcing a snap Westminster vote more than three years before the next scheduled election.

Where in 2015 the unionist vote was divided between Conservatives, Labour and the Liberal Democrats, the Tories are hopeful that Scots opposed to independence will coalesce around them.

"You talk about independence and people roll their eyes," says Adam Tomkins, a Conservative member of the Scottish Parliament for Glasgow. "When they switch on the news they see Nicola Sturgeon talking and independence and Brexit. They see she is not getting on with the day job." 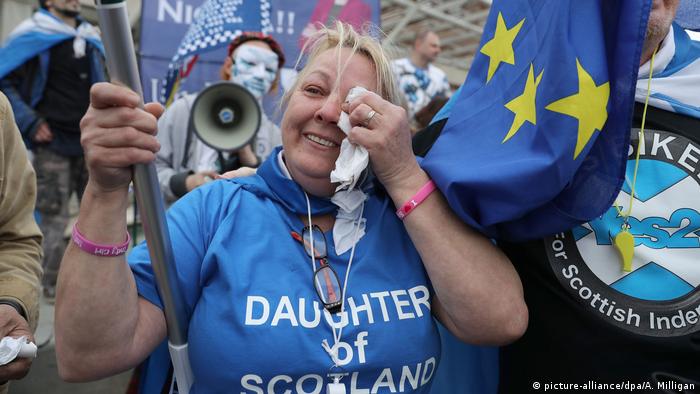 Campaigning for an independent Scotland - and EU membership?

Scottish nationalists maintain that May's snap general election is "a huge political miscalculation." Sturgeon has shied away from explicitly tying the vote to independence but the question of Scotland's constitutional future - both in the United Kingdom and the European Union - is likely to dominate the campaign north of the border.

The SNP has said that the party manifesto will set out in more detail the specifics of the independence pitch, including on EU membership. Meantime, a further announcement on plans for a second referendum was due shortly but this has been postponed. "There is no UK government to talk to," Sturgeon said recently.

For Labour the challenge is to stay relevant. The party is targeting just three Scottish seats in June's general election.

Glasgow Labour council candidate Maggie McTernan acknowledges that the realignment of Scottish politics has been difficult for her party but has not given up hope.

"It wasn't all that long ago that there were Conservative MPs in Glasgow but now the narrative is that Glasgow is a 'Tory-free city,' it's a 'yes city.' The reality is much more complex than that."