Gay and bisexual men had long faced restrictions when donating blood due to HIV fears. The new rules will allow men in long-term relationships to donate without a celibacy period. 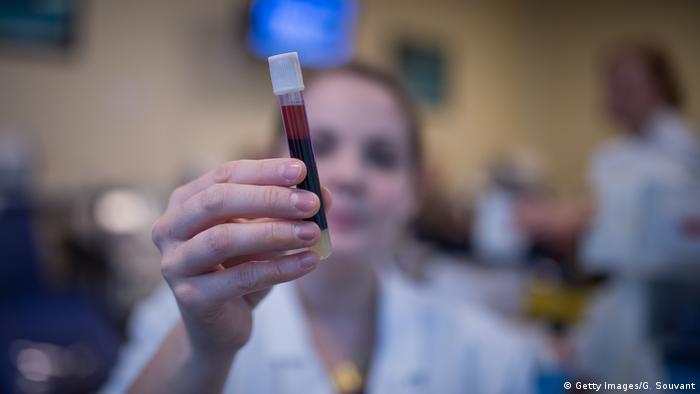 The United Kingdom on Monday lifted its ban on gay and bisexual men in long term relationships donating blood. The previous policy banned men who have had sex with men in the past three months from donating blood, due to fears of HIV transmission.

The change in policy will be effective in 2021, according to British media outlets. Assessment of donors will be made on an individual basis, rather than a blanket restriction. According to reports, Britain's NHS Blood and Transplant (NHSBT) said men in a long term relationship will be able to donate blood, if there is no known exposure to a sexually transmitted infection and they are not using anti-HIV drugs PreP or PEP.

A two-year review conducted by FAIR (For the Assessment of Individualised Risk) investigated whether sexual behaviors could be an effective measure of assessing individual risk of sexually transmitted infection, which could be passed on through blood transfusions. The UK government has taken into consideration the findings of this study, reported The Telegraph.

Health Secretary Matt Hancock told media that the step "recognizes individuals for the actions they take, rather than their sexual preference."

Restrictions across the globe

Countries around the world had imposed a blanket ban on blood donations by gay and bisexual men during the HIV/AIDS crisis of the 1980s. Since then, many nations have reviewed their policies.

The US lifted a ban on men who have sex with men donating blood in 2015, but up until earlier this year required an abstinence period of 12 months. Due to the COVID-19 pandemic, that was reduced to three months.

Germany too requires a period of abstinence for 12 months from LGBT+ men. However, with blood reserves running low, the German parliament has been debating the lifting of restrictions.

Earlier this year, Brazil ruled that its 12-month deferral period was unconstitutional.

At least 17 countries, such as Argentina, Italy, Russia, South Africa, Spain and Hungary do not impose any restrictions on such blood donations. However, countries such as Croatia, Iceland, Malaysia, Slovenia, Singapore impose a blanket ban.

The US has lifted a three-decade-old ban on blood donations from gay men, replacing it with a rule that sets limits to those who have had sex in the past year. Gay rights advocates said the rules still discriminate.

The question should never be, 'Are you gay?'

A US proposal to lift a lifetime ban on gay blood donation still includes certain restrictions. Italy's Under Secretary of State for Constitutional Reforms, Ivan Scalfarotto, spoke to DW about the implications.