A new study from the University of Manchester suggests it may be hard to be both a British environmentalist and a chocolate lover. Massive water usage, greenhouse gases and packaging have a huge impact. 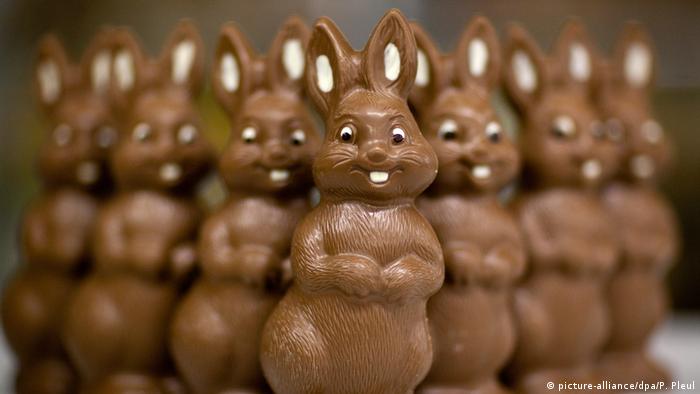 When the Easter Bunny brings baskets of chocolate to children in the United Kingdom, the furry creature leaves behind a big footprint — a carbon footprint, that is.

Researchers at the University of Manchester have calculated the life cycle environmental impacts of chocolate made and consumed in the UK. Their findings will be published in the April edition of the Food Research International journal.

The researchers focused on the three chocolate products that occupy 90 percent of the British market: milk chocolate, individually wrapped chocolates and chocolates in a bag. 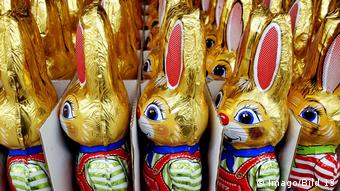 Packaging, such as aluminum foil, plays a role in chocolate's environmental impact

They assessed the impacts of ingredients, transport, manufacturing process, packaging, distribution and waste in order to calculate water usage and global warming potential, among other things.

According to the study's findings, the raw materials used to produce chocolate were "the major hot spot," followed by the production process itself and then the packaging. The major raw material culprits were milk powder, cocoa derivatives, sugar and palm oil.

Chocolate is the UK's favorite confectionery product, with milk chocolate preferred over dark chocolate. The country is the sixth highest-consuming chocolate country in the world, the study said, with the average Briton eating around 8 kilograms (17.6 pounds)  of chocolate a year.

Read more: Too sweet and too fatty — What's really hidden in the Easter nest?

The study's results underlined that it may be hard for British environmentalists to reconcile their desire for a greener world with a love of chocolate. The UK's chocolate industry produces an estimated 2.1 metric tons (2.3 tons) of greenhouse gases a year — roughly equal to the annual emissions produced by the city of Belfast, Northern Ireland.

The researchers also found it takes around 1,000 liters (264 gallons) to produce just one chocolate bar.

Individually wrapped chocolates, known as countlines, were found to be the worst for global warming, while chocolates in a bag caused the most environmental damage overall due to packaging and ingredients.

Read more: Chocolate with a side of remorse 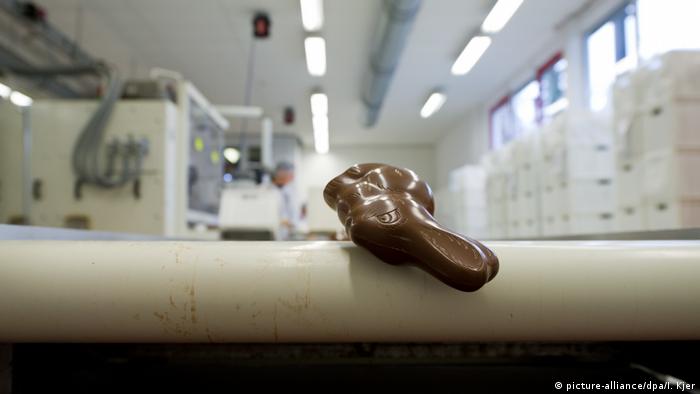 The study calculated the environmental impacts of various chocolate products

Adisa Azapagic, one of the report's authors and head of the sustainable industrial systems research group at Manchester University, said chocolate has undeniable environmental consequences.

"But let's be clear," she added in a statement, "we aren't saying people should stop eating it. The point of this study is to raise consumers' awareness and enable more informed choices." She highlighted the energy-intensive process of producing milk powder and the significant greenhouse gas emissions released by milk cows, as well as the distance to the UK from the equatorial countries that produce cocoa.

The study concluded that there is potential for improvement, noting that the global warming potential of chocolate could be reduced by 14 to 19 percent by "targeting the key contribution stages."

"We hope this work will help the chocolates industry to target the environmental hot spots in the supply chains and make chocolate products as sustainable as possible," Azapagic added.