With a pro-independence majority in the Scottish parliament, Prime Minister Boris Johnson said the UK was "best served when we work together.'' 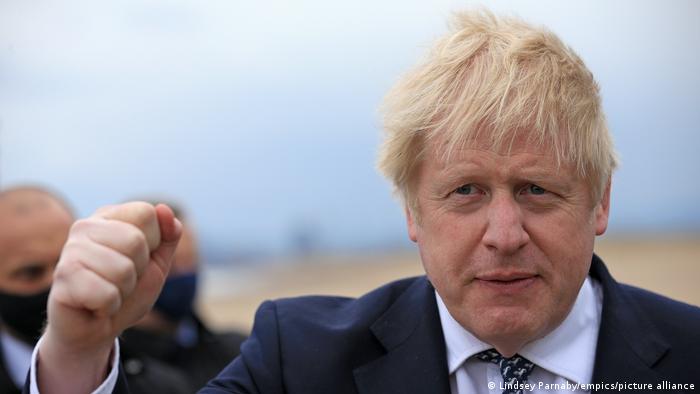 The Scottish National Party's (SNP) win is likely to set the stage for a second independence referendum.

SNP leader Nicola Sturgeon said the election results proved that a second independence vote for Scotland was "the will of the country'' and that any London politician who stood in the way would be "picking a fight with the democratic wishes of the Scottish people."

What did Johnson say?

In a letter, the prime minister invited the leaders of Scotland, Wales and Northern Ireland to a summit to discuss how the four nations, including England, can together overcome "shared challenges.''

"I believe that the interests of the people of the UK, and especially the people of Scotland, are best served when we work together," Johnson said.

Sturgeon has said her priority will be to lead Scotland out of the coronavirus pandemic. Still, independence remains at the forefront of her policy goals.

"It looks as if it is beyond any doubt that there will be a pro-independence majority in that [new] Scottish Parliament and by any normal standard of democracy, that majority should have the commitments it made to the people of Scotland honored,'' Sturgeon said on Saturday evening.

What are the arguments?

On Saturday, Johnson said another independence referendum in Scotland would be "irresponsible and reckless'' as Britain emerges from the pandemic.

Johnson and his predecessors have long argued that the issue was settled in the 2014 referendum — when 55% of Scottish voters favored to remain part of the UK.

However, supporters of another referendum say the situation has changed fundamentally, particularly due to  Brexit.

In 2016, a combined total of 52% of UK voters backed leaving the European Union — but when broken down, 62% of Scots voted to remain.

Ultimately, Johnson has the power to permit or bar another referendum on Scotland gaining independence.

But if Sturgeon forces the issue, Johnson can take it to the UK Supreme Court to block the move.

What were the election results?

During the national and local elections on Thursday, the SNP won 64 seats, narrowly missing an absolute majority in Scotland's 129-seat parliament.

But the parliament still has pro-independence majority as the Greens have eight seats.

The SNP's win in the regional election in Scotland is the party's fourth in a row.