In Eastern Uganda and parts of Western Kenya, circumcising teenage boys is a practice carried out every two years and is performed as a sign of the community's unity. 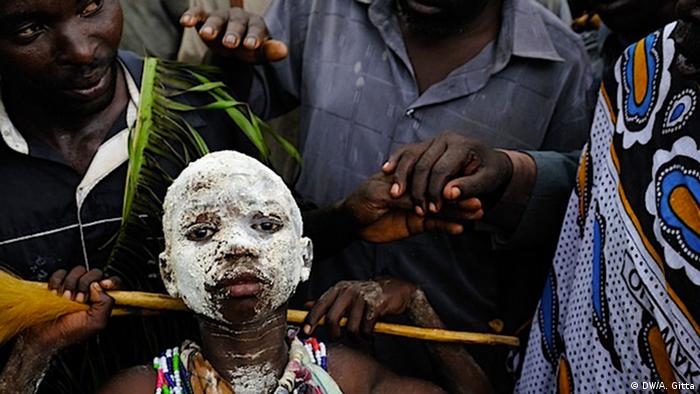 It is "Embalu," or circumcision season as it is locally known. The practice is done every two years and marks a teenage boy's crossing over into manhood. The candidates are usually between 10 and 18 years of age and must prove that they are men by not revealing the pain of the process.

However, the rudimental way in which the circumcision is often carried out can be a risk for the young men. One potential complication is that sometimes the same knife is used on more than one candidate. Still, the practice is taken seriously, as uncircumcised men in the community are seen as a disgrace to their families.

According to Damascus Situma Muyanda, a cultural leader within the Bamasaba tribe, some young men are even hunted and circumcised by force.

"If you had children and you are not circumcised yourself, your children may grow up undisciplined and some may die prematurely," said Muyanda.

Every two years, hundreds of young Bamasaba are circumcised in elaborate ceremonies. The practice is not limited to rural areas, as Bamasaba living in urban areas - even the capital, Kampala - carry out such rituals. Sixteen-year-old Martin Situka was among the first to be circumcised.

"I grew up knowing that a real Bamasaba should be circumcised. So I am sure that I will be circumcised and I will finish this ceremony very well," he said. After the circumcision, the boys are pronounced men. 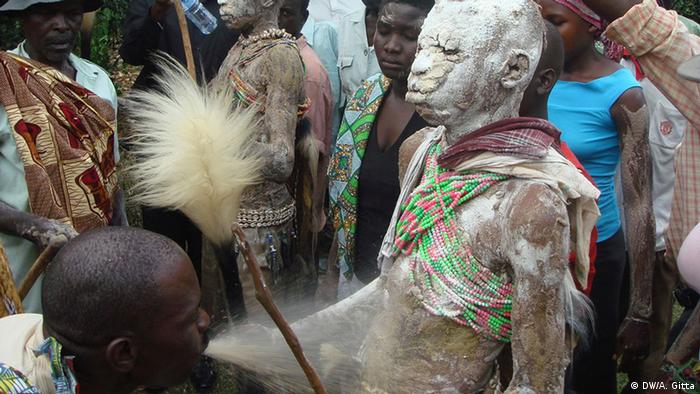 Bamasaba women are even encouraged to report their uncircumcised husbands to tribal elders.

Many traditional rituals have recently been discouraged, but Embalu is not one of them. Now the authorities are trying to enlist the help of traditional leaders to make the practice safer.

The Uganda and Kenya Tourism boards are looking to turn the tradition into an attraction. They have agreed to jointly promote Embalu circumcision ceremonies in Eastern Uganda and Western Kenya. John Sempebwa is the Executive Director of the Uganda Tourism Board.

"Uganda expects at least 2,000 Kenyans for the ceremony. Each of them is coming with money because they will need hotels, food, entertainment and drinks," said Sempebwa.

President Yoweri Museveni himself has encouraged this ritual. He said it fits in well with today's modern society where all men are encouraged to get circumcised for health purposes.

Tourism experts intend to market the Embalu festivals across the world using Ugandan embassies in the hope that the ceremonies will bring in additional tourists.

While on an official visit to Nairobi, US Secretary of State John Kerry announced new aid packages for Kenya and South Sudan. Additional aid will be directed toward refugee and security programs in the region. (22.08.2016)

Uganda: A bodaboda driver and his beloved mobile

As part of the #mediadev series on people and media, meet Bernard who loves his Smartphone. It not only allows clients to WhatsApp him for a ride, its built-in radio means he never misses a football match on the road. (16.08.2016)

Ugandan journalist Moses Odokonyero is travelling the country, looking for creative youth radio projects and conducting a survey on the innovations and challenges for Ugandan media projects. (15.08.2016)