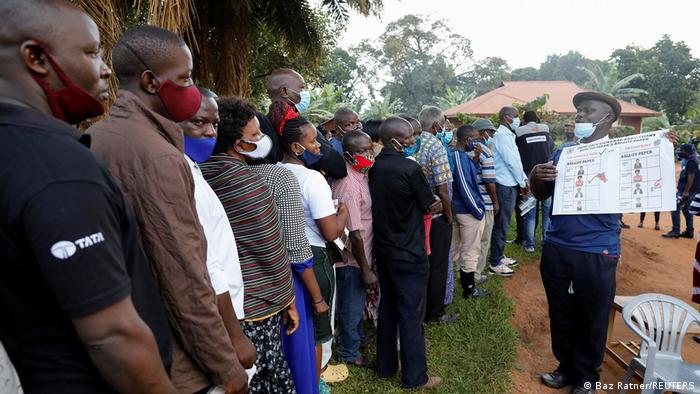 Bobi Wine's opposition party National Unity Platform (NUP) has announced that it will contest the official results of January 14 elections, which it dismissed as "fraudulent." It has also called for the release of Wine, a singer-turned-lawmaker, who is presently under house arrest. Shortly after polling stations closed, Wine found a way to breach an official ban on Twitter  to alert the world to his predicament.

In the East African country, where the median age is 16, social media are booming and played a central role in the mobilization of Wine's young, urban followers. Wine, who emerged as the main rival in the run for the presidency, makes ample use of the possibility to circumvent state media and communicate with his sympathizers.

In a few tweets sent despite the internet ban, Wine claimed there had been "widespread violence and fraud" on polling day and sent out distress signals: "Military intruders" had taken control of his home the next day, he tweeted.

"In recent months, around elections in Sudan,Tanzania, Uganda, we've seen this particular internet shutdown tactic," Nathan Freitas, the director of the Guardian Project, told DW. The US-based project works with Africa-focused groups to help journalists in blackout situations or provide tools and technology to counter misinformation and disinformation.

The African Union (AU),  sent observers to Uganda but has yet to comment on the election results and the allegations of fraud. On social media, many Ugandans are urging the 54-member bloc to do so quickly.

Other international election observers were, however, in short supply at the polls. Neither the European Union (EU) nor the US sent a mission. The United Kingdom has called for an investigation into concerns over the validity of the election.

Doubts about a free and fair election

Sabitti Makara is a professor in the social sciences department at Makerere University in Kampala. He said that while it is a good idea for Africans to observe elections in Africa, the participation of international observers gives the process more credibility. 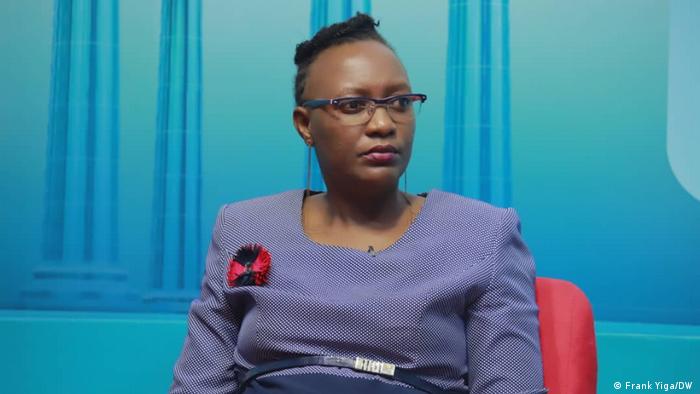 Local civil society observers said they could not call the poll truly democratic. "Was it free, fair and credible? It had aspects of all three. But whether it was 100%, I don't think so," said Charity Kalebbo Ahimbisibwe, the head of the Citizens' Coalition for Electoral Democracy in Uganda.

'Museveni knows how to rig an election'

While Ugandans waited for Museveni to turn the internet back on, followers of DW Africa in other parts of the continent vented their frustrations over his reelection.

According to Edwin Akame, Museveni is "the last dictator of an English-speaking African nation".

Nic Cheeseman is a political scientist and professor of democracy at the University of Birmingham in the UK. African politics, democracy and elections are his field of expertise.

In a book he co-authored, "How to Rig an Election," he listed half a dozen strategies that dictators use to undermine elections to win. They include the intimidation of citizens, the harassment of opposition supporters and turning off the internet.

"Museveni deployed many of the strategies in the dictator's toolbox, as he has in the past. He could have written 'How to Rig an Election' himself," Cheeseman told DW. 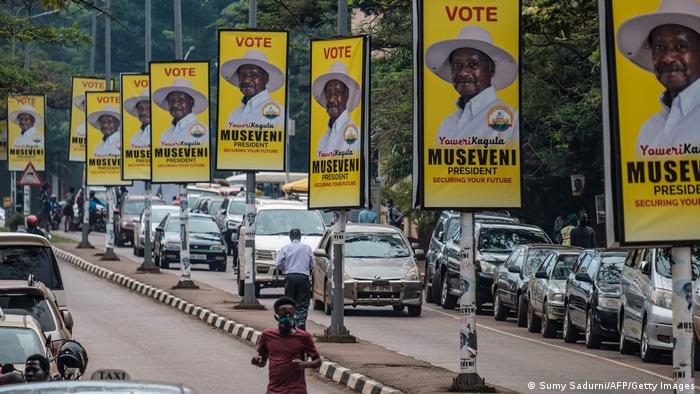 The West's failure to act on human rights

In interviews with Western journalists who asked about his manhandling of the opposition, Museveni pointed to the storming of the US Capitol and said that he would not tolerate insurrection in Uganda or be answerable to the West.

Political analysts have long warned of the dangers that Donald Trump's leadership harbor for Africa, with some feeling that Trump's political style has emboldened African leaders with dictatorial or autocratic tendencies.

"Like other authoritarian leaders, Museveni will try and manipulate recent events in the United States for his own purposes. In reality, of course, they do not justify his actions. It is Museveni that is behaving like Trump, not Bobi Wine, who has been confined to his house under military guard," said Cheeseman. He feels that what is truly emboldening Museveni is the failure of Western powers to act on human rights abuses in Uganda.

Frank Yiga and Isaac Mugabi contributed to this article.

Yoweri Museveni has won a sixth term as president of Uganda while his main challenger, Bobi Wine, has countered with allegations of vote-rigging. Museveni warned people not to "cause chaos."

A dozen US states have activated their National Guards, and the FBI has warned of protests by armed, right-wing groups. Supporters of President Donald Trump are expected to rally in cities across the country.