A vote marred by state violence and an internet shutdown saw incumbent Yoweri Museveni declared winner. It's frustrating for a young population yearning for change, but not all hope is lost, DW's Iddi Ssessanga writes. 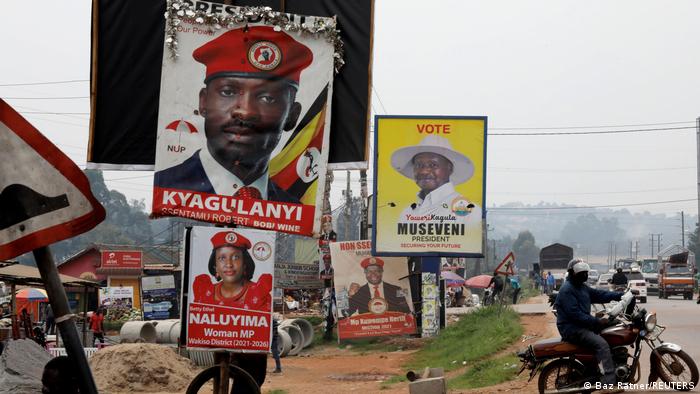 Uganda's presidential campaign cycle was marked by episodes of police and military violence, killings and arrests of presidential candidates accused of flouting COVID-19 regulations that limit public gatherings to 200 people. Then, on the eve of the election, the internet was shut down — a clear sign that the vote would not be free and fair.

On campaign trips across the country, opposition candidates and their supporters stared defiantly down the barrels of guns. Hordes of soldiers and armed police officers followed them at every turn and broke up rallies.

Despite the risk to their lives, Ugandans determined to usher in a new people-centered government and put to rest almost four decades of Museveni's rule turned out in droves. 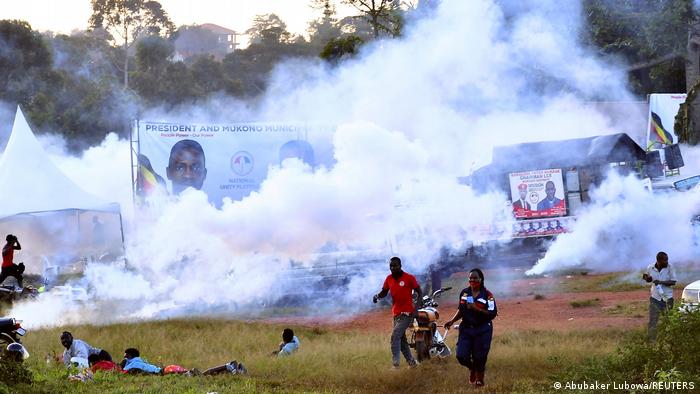 The mood was somber after the the final vote count gave Museveni victory with 58%, against Bobi Wine's 34% on Saturday. Millions of Ugandans feel dejected and helpless in the face of five more years under the only president most of them have ever known.

While previous elections were not clean either, this time around there were unprecedented levels of violence and murder, and shamelessly open bias by the Electoral Commission.

Under Museveni, Uganda has been an important partner of the West in the fight against terrorism. Yet in his more than three decades he has been in power, he has gotten away with atrocities and gross human rights violations due to Western indifference. As Museveni accused Wine of being an agent of Western interests, he was himself flying military planes bought with Western money to intimidate voters and the opposition.

The United States and the European Union have supported Museveni's regime with many millions in aid funds, which he uses to oppress citizens and entrench his dictatorial rule and enhance impunity. Museveni has no regard for the law; he pretends to be a democrat. After fighting to liberate Uganda from dictatorship and taking power, he changed course and turn the country into a dictatorship on a level that former dictators would envy.

The longtime president has made his disdain for elections apparent. On numerous occasions, Museveni has made it clear that he will never give cede the power he took by gunpoint through mere pieces of paper. He expects Ugandans to appreciate his liberation-era record and sees himself as the "quota pin" in the bicycle — hard to remove once inserted. 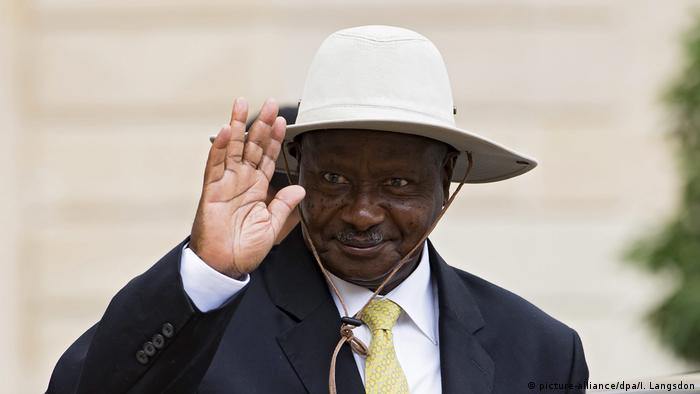 Museveni has been Uganda's president since 1986

Museveni had said that Africa has a problem of leaders who overstay their welcome and in 2001 promised that would be his last term. Two decades on, he has repeated that promise with each term since.

More recently, Museveni said he did not believe that a leader older than 75 is capable and vowed to stand down after he hits that age. Then what? He removed the presidential age limit from the Constitution.

Campaigning for the 2021 vote, Museveni said he would never give way for any of his opponents, even if they defeated him. Why would he bother with elections then?

Museveni's disputed election victory aside, his party has suffered a major blow with the loss of a dozen members of his cabinet. Voters rejected the likes of Vice President Edward Ssekandi, whose shock defeat saw him rushed to a hospital emergency room.

Having secured well over 50 seats in Parliament, Wine's opposition National Unity Platform (NUP) has emerged as the biggest winner. The party of Museveni's much younger political adversary now becomes the official opposition in Parliament.

Ugandans voted in a crucial election, but it is was another waste of time and a missed opportunity to vote out a dictator and elect a new leadership that would serve their interests, writes DW's Isaac Mugabi.

Bobi Wine: From pop star to presidential hopeful in Uganda

Uganda votes for a new president in January. Popular musician and challenger Bobi Wine wants to build a united coalition. In his way is President Yoweri Museveni, who has ruled with an iron fist for over three decades.