UEFA has announced changes to the format of the Champions League starting in 2024-25. Meanwhile, Berlin's Olympiastadion has been awarded the final of Euro 2024, which is to be hosted by Germany. 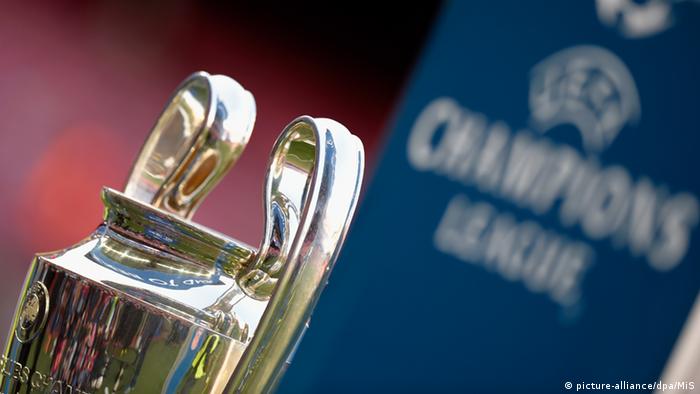 The Champions League is club football's most prestigious club competition

Following an Executive Committee meeting in Vienna on Tuesday, the president of European football's governing body UEFA, Alexander Ceferin, announced what was described as the "final format" for its club competitions starting in the 2024-25 season.

The UEFA statement confirmed that the most highly anticipated changes apply to football's most prestigious club competition, the Champions League, as part of plans agreed a year ago after many of Europe's richest clubs unveiled plans to launch a new "Super League."

UEFA said that its officials, clubs and league representatives had settled on a scaled-back first phase of the Champions League and a curb on how a team could qualify based on past performances.

This final provision had been the main bone of contention with last year's proposed changes. It would have seen two places awarded to teams with the strongest five-season record in Europe who had failed to qualify through their domestic leagues.

"Qualification will thus remain purely based on sporting performance and the dream to participate will remain for all clubs," he said.

Under the new plan, the number of teams qualifying for the first phase of the Champions League will still grow from 32 to 36 teams, as agreed a year ago, but the number of group stage matches played will only jump from six to eight per team, rather than 10 as had been proposed.

Instead of a first phase made up of eight groups of four (as the competition is now), there will be a single table, with the top eight teams after the first eight rounds (four home games, four away) advancing to the round of 16. The teams placed between ninth and 24th are to go into a playoff to advance to the last 16.

The distribution of the other two expansion places is to see an additional team qualify from the fifth-ranked country in Europe, usually France, as well as a fifth slot for domestic champions who fail to qualify automatically.

Ceferin said Tuesday's agreement had followed "an extensive consultation process" involving "fans, players, coaches, national associations, clubs and leagues" aimed at finding the best-possible solution for "the development and success of European football, both domestically and on the international club stage."

Also on Tuesday, the Executive Committee revealed the schedule and venues for the 2024 European Championships, which will be hosted by Germany. Similar to the 2006 World Cup, which was also hosted in the country, Berlin's Olympiastadion has been awarded the final, while the Allianz Arena in Munich is to stage the opening match.

Talks continue in Vienna on Wednesday with the opening of 46th Ordinary UEFA Congress.