Mansoor, detained for a year and denied access to lawyers before trial, was also fined and given three years probation after release. He is accused of posting social media content "damaging to the UAE's social harmony." 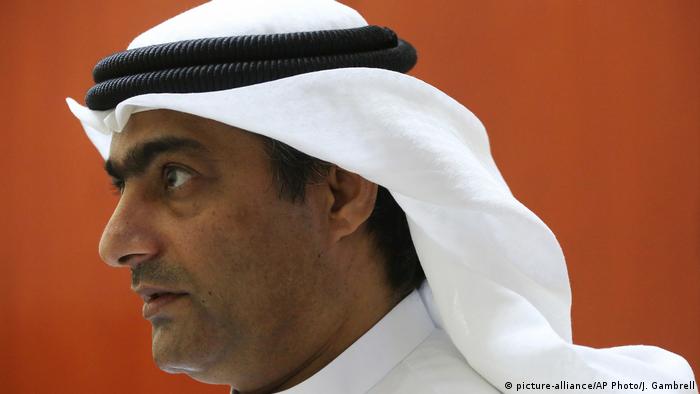 Ahmed Mansoor, a leading human rights activist in the United Arab Emirates (UAE) has been sentenced to 10 years in prison after being held in detention for more than a year. Mansoor was also fined one million dirhams (roughly $272,000 / €233,000) and given three years probation to be served upon release.

Rights groups, such as Human Rights Watch, condemned the verdict, claiming it lays bare the UAE's inability "to tolerate the mildest of criticisms from a genuine reformer." Mansoor, who was awarded the Martin Ennals Award for Human Rights Defenders in 2015, was denied access to lawyers while held in solitary confinement for more than a year before his trial.

The last dissident in the UAE

Mansoor was considered an invaluable source for outside groups seeking information on the human rights situation inside the Emirates, as all other dissidents had either been jailed or fled the country.

In 2011, he was jailed for "insulting officials" and sentenced to three years in prison along with four other activists who were later dubbed the UAE Five. Although he was released after serving eight months, Mansoor was subsequently stripped of his passport and not allowed to leave the country.

In 2016, it was also revealed that UAE authorities paid $1 million for Israeli software allowing them to hack Mansoor's cellphone.

In the aftermath of the 2011 Arab uprisings, the UAE has become increasingly repressive and public dissent has gone silent. Now, the Emirates has one of the world's highest rates of political prisoners per capita.

Critics have also pointed to the UAE's tactic of holding dissidents in detention for extended periods of time before putting them on trial, apparently in hopes that the outside world will simply forget them.

A report by Human Rights Watch has accused Anglophone rebels of "kidnapping, terrorizing and killing civilians" in parts of the country.