A high court in the United Arab Emirates has upheld the 10-year jail sentence of rights activist Ahmed Mansoor. He has been imprisoned for criticizing the government on social media. 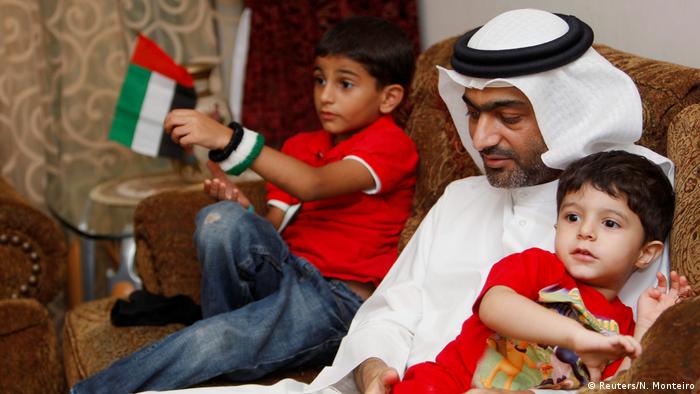 Ahmed Mansoor pictured with his children in 2011

Award-winning Emirati pro-democracy activist Ahmed Mansoor on Monday failed to have his 10-year jail sentence for criticizing the government overturned by an appeals court.

The court in Abu Dhabi upheld both the prison sentence and a fine of 1 million dirhams (€236,000, $270,000) that were handed down to Mansoor in May 2018, after he was found guilty of seeking to damage the UAE's reputation and relationship with its regional neighbors by posting false information and rumors online.

Mansoor, an electrical engineer and poet, was arrested in March 2017 at his home in the emirate of Ajman. In 2015, he had received the prestigious Martin Ennals Award for Human Rights Defenders.

Rights groups including Amnesty International and Human Rights Watch have called in the past for the UAE to release Mansoor, saying that his detention goes against freedom of expression and opinion.

The UAE is an absolute monarchy where little public criticism of the government is tolerated. Mansoor had already been convicted once before in 2011 of insulting the kingdom's rulers. He and four other activists convicted along with him were later pardoned.