U2 gives away new album - and it's a smart business move

Irish rock band U2 is giving away its long-awaited new album, "Songs of Innocence," for free. It's downloadable from Apple's iTunes music library at no charge - so what's the business model? 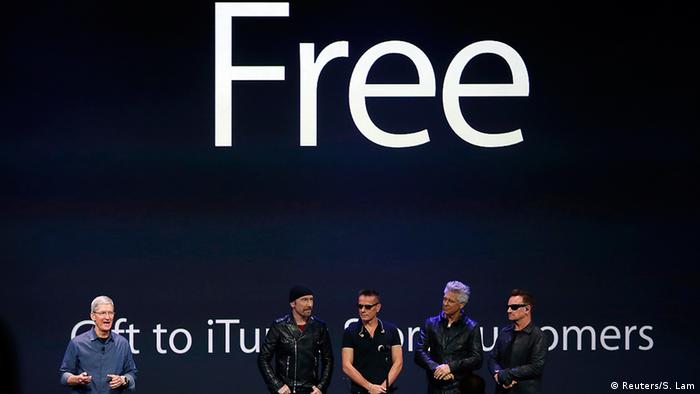 When U2 released their debut album "Boy" in 1980, the music business was still analog, and a good deal simpler. A handful of record companies dominated the market, including a relatively small one called Island Records - an independent label founded in Jamaica by an ambitions 22-year-old Brit named Chris Blackwell and two partners.

Blackwell moved his company to the UK in 1962, and from there developed it into what became perhaps the most influential independent record label in the world. Over the years, Island signed a slew of bands that would go on to achieve stardom, including Roxy Music, Bob Marley, Melissa Etheridge, Jimmy Cliff - and U2, a band formed in Dublin by four school friends.

Since then, the band has released another 11 studio albums. From the mid-1980s, U2 have been one of the music world's top acts. The band has sold over 170 million albums to date. 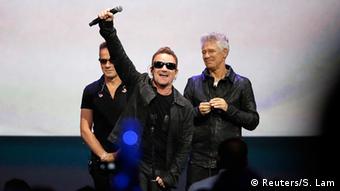 And since there are half a billion iTunes clients in the world, U2's "Songs of Innocence" are likely to get a wide audience.

U2 are known in the music world not only as rock stars, but also as canny businessmen. Among other coups, lead singer Bono (Paul Hewson) earned many millions of dollars thanks to an early investment in Facebook.

But the iTunes freebie begs a question: What's the business model? How will the band, or Island Records, make money by giving away U2's new album?

They're not really giving it away

The album will be available exclusively through iTunes between September 9 and October 13. After that, it will also be released in physical form, on CDs, and sold - not given away. Giving away a few million downloaded albums to sell a few hundred thousand physical CDs can make business sense.

Moreover, even if U2 were to fail to sell a single CD, they're still getting paid. Apple gave U2 and its record label (Island is now a division of UMG) an undisclosed lump sum for the privilege of giving away "Songs of Innocence" for a five-week exclusive window.

For Apple, which announced the deal on September 9, the same day it presented the new iPhone 6 and Apple Watch, the giveaway helps promote its new gadgets, and is a way to drive new users to its online iTunes store. 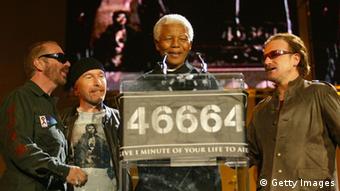 Bono is a musician, activist, businessman, and friend of the great and good - including the late Nelson Mandela. Much of Bono's charitable work has focused on Africa

For U2, too, the deal is a form of advertising. It's a way to draw attention to the fact that it has at long last released a new album, and remind the world that the band is still writing songs. Its last album, 2009's "No Line on the Horizon," didn't sell very well. After five years of delay, during which U2 tried but repeatedly failed to produce a new album, the band wanted to make a big splash. It looks to have succeeded.

Another reason U2, UMG and Apple collaborated on this deal will have been the threat from music-streaming services like Spotify, Deezer and Simfy. Those online services offer 24/7 access to millions of song titles in exchange for an affordable monthly subscription fee - in Spotify's case, just ten dollars.

The streaming services present a serious threat to Apple's iTunes business model, which has relied on selling songs for around one dollar a pop. That's all the more reason for Apple to splurge on drawing attention to iTunes using a big-name band like U2.

It isn't the first time bands have turned to free downloads to promote their product. In 2007, British band Radiohead released their seventh album, "In Rainbows," directly from their own website, available to anyone as a digital download. The terms: "Pay what you want." Most downloaders paid nothing - but when the album was released in physical form two months later, it was a worldwide number-one hit.

On the Colbert Show in 2011, Radiohead guitarist Ed O'Brien said of the self-release strategy: "We sell less records, but we make more money." 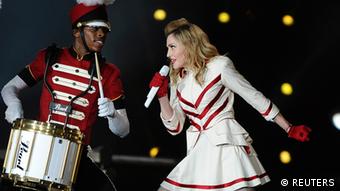 In another quasi-freebie move, in 2012 Madonna gave every buyer of a ticket to her live shows a copy of her "MDNA" CD, which led to the album topping the US charts.

Another example of the phenomenon: In 2010, pop star Prince had his album "20Ten" packaged with every copy of the August edition of Rolling Stone magazine - at no extra charge. It was an exclusive deal - so Prince fans had to buy the magazine to get the album, and Rolling Stone readers automatically became owners of the album whether they liked Prince or not.

It had been a very long time since Prince got that many albums into circulation.

U2 and Apple go way back

This isn't the first time Apple and U2 have collaborated. The band was one of founder Steve Jobs' favorites. In 2004, Apple released a very expensive iPod Special Edition graced with the signatures of U2 members Bono, The Edge, Larry Mullen and Adam Clayton. 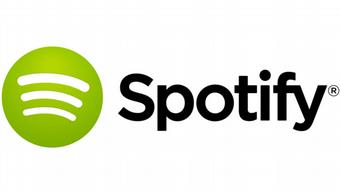 They also collaborated on (Product)Red, a branding and fundraising effort started in 2006 by Bono together with activist Bobby Shriver to raise money and awareness for a campaign to battle AIDS in Africa. The campaign signed up various big corporations to an agreement under which they donated part of the sales price of goods, specially marketed in red packaging, to Bono's anti-AIDS fund.

The title of U2's new album is a reference to its focus on dealing with themes from the band's early years - years of naivete and innocence. Bono has said it's the most "personal" album the band has ever made.

However preoccupied with themes of innocence the new album may be, in terms of business savvy, Bono and his bandmates are anything but naive.