Two drinks away from schizophrenia: 'Axolotl Overkill' shows what it's like to be young in Berlin

Celebrated on the festival circuit, a daring film by director Helena Hegemann, "Axolotl Overkill," premieres in Germany. It was adapted from her 2010 book, but can it live up to its literary counterpart?

It's difficult to write about the film "Axolotl Overkill" without rehashing the entire backstory. After all, Helene Hegemann's 2010 novel "Axolotl Roadkill" caused a scandal in the literature world. The author was charged with plagiarism, which she and the publisher admitted to.

Helene Hegemann made a name for herself as a teen

This tumultuous story is not the only thing that could alter the way one sees the film, which premieres in Germany on June 21 and will be released in German theaters on June 29.

There is also Hegemann's youth - she is just 25 -, and the fact that she had already written plays, produced a short film and won the Max Ophuels Prize before publishing the novel "Axolotl Roadkill."

Born in 1992, Hegemann has been lauded as an artistic prodigy and praised for her acting skills. There are numerous autobiographical references in her films, which are often incorporated in reviews of her work or articles about her.

Is it possible to look at this feature film, her debut no less, with the distance and openness that is required? An attempt should be made to do so at the very least.

Watch: How to get past Berlin's toughest bouncers

"The structure of the novel is absolutely incompatible to the way a film must be narrated," the young director said of "Axolotl Overkill." In the book, it's less about "the greater story than the inner life of the main character, and not even that is really tangible." 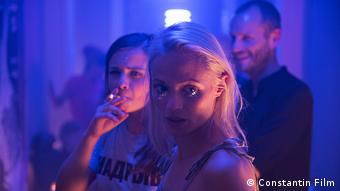 Hegemann was sure that she did not want to focus too much on her main character, Mifti, but rather "on the people she met who were briefly in the novel."

The film also includes some secondary characters: Mifti's psychologically disturbed sister (Laura Tonke), the brother (Julius Feldmeier) who drifts through life just like his sister, the father (Bernhard Schuetz), and Mifti's love interest (Arly Jover). Mifti also has a new friend (Mavie Hoerbiger) who is as uncertain as she is daring.

The story of the 16-year-old Mifti, of course, takes up the bulk of the film, especially since she is convincingly played by charismatic actress Jasna Fritzi Bauer. She takes the film in a new direction, leaving audiences feeling feverish as they try to keep up.

Mifti is typical of today's Berlin youth. She has no real desire to go to school, drifts through life and goes alone or accompanied to nightclubs in the German capital.

"Of course she is the main character, as she is in the novel," says Hegemann. "But here she is shown from a completely different perspective." In the book, for example, we see her inner self, whereas in the film we are looking at her from situations that are "imposed externally." 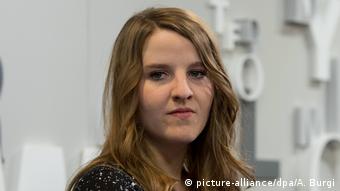 On the verge of madness

The characters in this film seem to be linked by the fact that they are all searching for something: searching for life between expectation and passion, between the pressure to conform and to be free. It's a risky game.

"The search is shared between characters that are completely different," the director says of those in her film. "They play with rifles and party unpretentiously and a bit wearily with the complex freedom they have. No one reacts reasonably or predictably to the fact that they are all one or two drinks away from being considered a schizophrenic or committing a murder."

Although it doesn't go that far in the film, the experiences Mifti and her friends and relatives have with this psychotic roller coaster ride are anything but easy to digest. This applies of course only to the film characters. The audience, on the other hand, can look forward to seeing a film with interesting content and aesthetic appeal, from a director who is honing yet another of her talents.

Based on her 2010 novel, Helene Hegemann's lustful feature film about a wayward youth, "Axolotl Overkill," was a hit at international film festivals. Here are some reasons why it shouldn't be missed. (21.06.2017)