Where is the line between stealing someone's words and transforming them into something new? 17-year-old Helene Hegemann's new book is raising this question, following claims that she plagiarized parts of the novel. 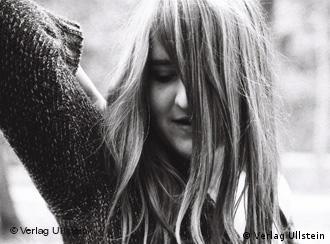 Hegemann questions whether copyrights may go too far

Seventeen-year-old German author Helene Hegemann is no stranger to the spotlight, and revelations this week have brought her more attention than ever.

Hegemann first stepped into the public eye three years ago with the premiere of her play "Ariel 15" at a Berlin theater, and this week, her first novel climbed to second place on the German bestseller list. The book "Axolotl Roadkill" follows a teenage girl who lives a life of sex and drugs in Berlin's nightclubs instead of going to school.

The novel's protagonist shares at least superficial similarities with the young author. After her mother's death, Hegemann moved to Berlin to live with her father, an established theater director and professor. Hegemann left school early after receiving the diploma conferred for completing the tenth grade.

Hegemann told Deutsche Welle that the novel is not an autobiography, though. She said, "I just find the book entertaining. In literature - and in all forms of art - it's possible to experience things which you'd have to bear the consequences for if you were to actually live them out."

But "Axolotl Roadkill" has gotten less attention lately for its racy content than for allegations that Hegemann plagiarized passages from multiple sources. The claims follow a flurry of critical praise for the book and its nomination for a prize at the Leipzig Book Fair in March. 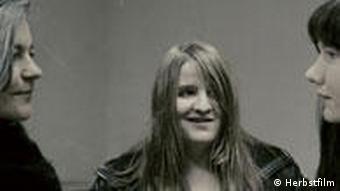 Soon after the novel's publication in January, blogger Dave Pirmasens showed that multiple parts of "Axolotl Roadkill" are nearly identical to passages from a lesser known novel called "Strobo," published by a Berlin blogger who writes under the name Airen.

Plagiarism complaints against Hegemann have since mounted and implicate elements ranging from the novel's title to content from a short story Hegemann published.

The young author admits that she plagiarized parts of the novel, seeming at times contrite but at times willful about her use of others' material.

"I think there are good ethical grounds for giving sources for a book - and the fact that I neglected to do so reflects my thoughtlessness and my narcissism," Hegemann said in an interview with Die Welt, adding, "But for me personally, it doesn’t matter at all where people get their material - what matters is what they do with it."

The novel's publisher is releasing a second edition of the book with credit given to Airen.

Copyright versus the right to copy 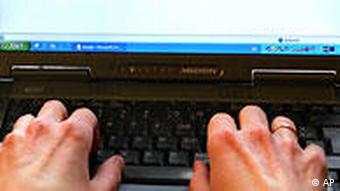 The controversy facing Hegemann touches on the broader issue of how the internet generation relates to and uses content they find on the web. Many school and university officials in recent years have raised questions about how to deal with students' plagiarism of internet sources.

Hegemann has said she supports a shift away from copyrights and toward a right to copy.

"If my novel is interpreted as representing our time, then it has to be recognized that the novel was created in accord with what we saw in the last decade - that is, with the rejection of all of these copyright excesses and the embrace of a right to copy and to transform," Hegemann told Die Welt.

Meanwhile, though, many critics in Germany have taken a critical stance toward Hegemann's views on copyright and even overturned some of the praise the book received upon its publication.

"No hype in the world is going to help against the charges facing the book," wrote Die Zeit. "The originality of the work is now completely dubious - regardless of whether Hegemann has an idiosyncratic view of authorship or whether her approach reflects the times."

But Hegemann's views have also found a degree of support among German critics, who cite changing attitudes toward use of sources as well as instances of plagiarism in renowned classics.

German newsmagazine Der Spiegel, for example, compared "Axolotl Roadkill" to modernist classics like "Naked Lunch" by William S. Burroughs and "Manhattan Transfer" by John Dos Passos. It noted the plethora of uncited sources in these works: "Everything from newspaper articles to ads to all kinds of other texts are embedded in these foundational works of literary modernism."

Hegemann is also still in the running for the Leipzig Book Fair Prize.

"We believe that this young woman is extremely gifted," Verena Auffermann, one of the book fair's panelists, told dpa news agency after the plagiarism was uncovered.

After a lot of controversy, the Hessian Culture Prize 2009 has been presented. One of the winners, Navid Kermani, received an official apology for being temporarily denied the award. (27.11.2009)

A woman of French and Senegalese descent has won the prestigious Prix Goncourt for a novel detailing the harrowing experiences of three women who struggle to preserve their dignity. (02.11.2009)

Author Aleksandar Hemon brings a touch of Sarajevo to Berlin

In Germany for Berlin's 9th International Literature Festival, Sarajevan-born writer Alexsandar Hemon told Deutsche Welle that he takes his inspiration from the city of his birth but is still not nostalgic for it. (18.09.2009)