Author Aleksandar Hemon brings a touch of Sarajevo to Berlin

In Germany for Berlin's 9th International Literature Festival, Sarajevan-born writer Alexsandar Hemon told Deutsche Welle that he takes his inspiration from the city of his birth but is still not nostalgic for it. 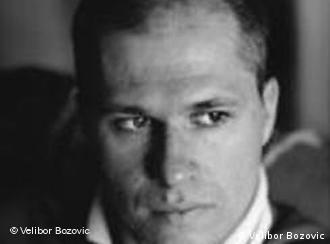 As one of the Diaspora scattered around the globe, Hemon writes novels from Chicago and a column in Bosnian that sustains his link to the city he left in 1992.

The writer is often compared to Vladimir Nabokov and has been nominated for the The National Book Award, with his critics praising him for his use of language and the strength with which he puts this gift to use. He combines acerbic wit with description to give us an idea of what it's like for a Bosnian living abroad.

Deutsche Welle: What made you decide to stay away from the Balkans for good?

Aleksandar Hemon: The war. I didn't know what I could do there and didn't really know how to get back in. My parents had also left. They went to my family's estate thinking that the trouble would pass and then they would go back. They didn't even take their personal IDs, let alone their passports. And no seasonal clothes beyond the summer clothes they had. So they were not in Sarajevo when it started.

My mother thought - and this was just wishful thinking - that it would end soon. One day I called her from Chicago and asked her what it was like - this was at the end of April and there was shooting happening on the outskirts and the were troops moving in and everyone was aware of that. Even then she would say things like: "They are already shooting less than yesterday," as though shooting was rain and it would end eventually. So it was very hard for me to decide to stay and I am not sure I would have left had I been in Sarajevo. Of course I have no way of knowing.

What is it like to re-visit Sarajevo, even now when things seem to be deteriorating again?

It's bad in a very stable way. I don't think there will be any dramatic changes. The logic of the decline is entirely clear. Many of us could see this happening years ago. The root problem being the Dayton Accord and the way the country is set up. It cannot possibly work the way it is set up. Even if those in power had the best intentions - and they have no intentions other than pilfering their own country. So it cannot possibly work. So this is not a dramatic change; it's a perfectly logical change that many of us have been talking and writing about for many years. 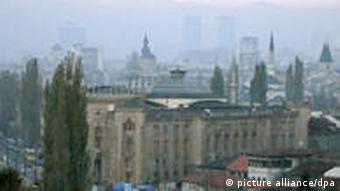 Mountains surround the city of Sarajevo

I write a column in Bosnian that is published in Sarajevo and that allows me to stay in touch with Sarajevo and Bosnia in more ways than one. So when I go back, it is not a nostalgic visit to the landscapes of my youth but instead, I get engaged and involved the day I land because I know what is happening. I am completely cured of nostalgia when I go back to Sarajevo. I do not have a sentimental block of any kind and neither do I think it's enormously beautiful because it's the city of my youth. Nor do I think that the city is nothing like it used to be and therefore it is hurtful to see it. I just see it for what it is and that hurts me but I still love it and want to do something about it.

Is it possible as a writer, who comes from a place where a war has been fought, to write in a separate space about the space that has been influenced by social and political upheaval?

Living outside of history is a privilege that comes to people who live in affluent societies, and affluent people can protect themselves from history. But of course one day air planes fly into the high-rise buildings somewhere and then everything changes. It's a delusional privilege or it's a privilege of delusion to think that you can live outside of history. Where I come from, nobody can really afford that kind of illusion and even if you are able to temporarily delude yourself, reality still comes crashing down with certain regularity.

When I was younger I busied myself with imagining and finding ways in which I could protect myself and find a safe haven and a space where I could be free of history and politics and the humiliations and suffering that comes with that. And I thought that I could find it in art, but that of course came crashing down in more ways than one. And after that, it seemed to me to be not only necessary but also inescapable - to confront all that with art, writing and literature. So I don't go for quiet epiphanies. Things happen in my stories and my books. A lot of things happen. I cannot imagine living a life where nothing happens. If it doesn't happen to me personally, then it happens all around me - it's an openness to history and the world. I have learned to live with it. And it wasn't entirely my choice; just as it's not the choice for people who live in these parts of the world like Bosnia.

Which national group do you belong to?

This is one of the crimes of nationalism that forcibly reduces people to their ethnic origin and then forces them to act only according to their ethnic origin. In Bosnia you have nationalist parties in charge, where people are expected and coerced to vote along ethnic lines. I would belong to the others in Bosnia. There are four acknowledged ethnic groups or constitutional categories. Serbs, Bosniaks, Croats and others. I am other. The system is inherently anti-democratic. It allows ethnic parties to win elections over and over again despite the havoc they wreaked upon Bosnia. And this was established in Dayton and this is unlikely to change any time soon. And now everybody is surprised that the leaders of these ethnic groups would not really work with each other. On a certain level, they are working with each other, they are just dividing the loot and establishing borders like gang leaders.

Despite the ethnic tensions that have arisen, is there a lively public space within Bosnia? 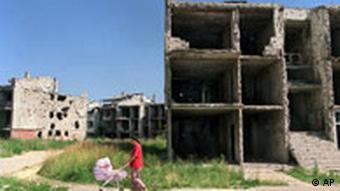 It's a lively public space in more ways than one. A lot of Bosnians live around the world. I think about a quarter of the pre-war population is scattered around the globe. I think there is a quarter of a million people in the US alone. And so the Bosnian public space is actually spread all over the world. So there are writers who also write from the Diaspora - maybe as many of them who are not in Bosnia but writing about Bosnia. There is a young man here in Berlin, Sasa Stanisic, who wrote a very successful novel in German. There will be more, I suspect.

What happens to the sense of self in the Diaspora?

Well, it varies because what happened with Bosnians, I think, and this is what I would like to maintain: that the civic ideas, the anti-nationalist spirit, as it were, has to a large extent been transported from Bosnia into the Diaspora. There is still a substantial part of it as a sentiment at least in Bosnia and Sarajevo. But a lot of people who believe in a multi-cultural, multi-individual Bosnia are living elsewhere. And not only that, there is also an entire generation of teenagers who left Bosnia when they were younger and then came of age in Germany or the US and studied political science and so on and they have very clearly defined ideas about civic space, democracy, parliamentary systems and all this and it is a wealth of knowledge that could be applied in Bosnia. Maybe not now, because those in power are instinctively wary of the Diaspora and what they might do if they start exerting more influence on Bosnia. My hope and dream is that this anti-nationalist Diaspora will come back to Bosnia in a few years and do something. Transform Bosnia into a better place.

Do you think your writing will always contain an element of Sarajevo?

I was formed as a human being in Sarajevo. I left when I was 28. I did not leave as a child. Everything that I have learned about the world and living in cities I really learned in Sarajevo. That knowledge just expanded but the structure, the foundation, was established in Sarajevo. So I cannot go beyond that. Nor do I try. But it is also what Sarajevo stands for. On the one hand, Sarajevo is an urban zone and the idea of a city or the idea of a country it implies - a general symbol of human spirit and the defeat that it has experienced. That stands as a vast symbol in my head. It was good and not destroyed but severely damaged. And so what I believe in is organized around Sarajevo as a symbolic center. So even if I write something that is not directly related to Sarajev,o it will be related at some level. Maybe not a visible one but still.

In the five years since its inception, the German Book Prize has helped German literature grab more of the international limelight. It's awarded to the year's best German-language novel. (17.09.2009)

More than 13 years after the Dayton Accord was signed, ending the Bosnia's inter-ethnic conflict in 1995, the Balkan country remains a very divided place. (05.07.2009)

Aleksandar Hemon reads from his novel "The Lazarus Project"

The internationally acclaimed writer Lyudmila Ulitskaya speaks about how the fighting in Ukraine will ruin Russia-Ukraine ties for several generations.