Twin bombings have targeted Syria's Kurdish minority as it prepares to ring in the beginning of the year in the Persian calendar. Observers believe "IS" was the culprit given its recent losses to Kurdish fighters. 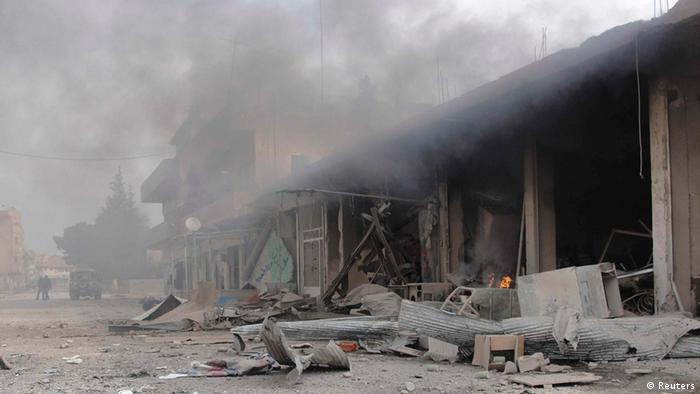 In the early hours of Saturday morning, health officials scrambled to treat roughly 100 people wounded in a deadly terrorist attack on the city of Hassakeh.

At least 33 people, among them children, had been killed with some 20 others in critical condition, according to the Britain-based Syrian Observatory for Human Rights (SOHR).

The city lies in Syria's far northeastern corner, less than 100 kilometers (62 miles) from the Turkish border.

No group has yet claimed responsibility for the Friday night twin bombings, but SOHR director Abdel Rahman said "Islamic State" militants were behind them.

"IS has faced setbacks recently in the provinces of Aleppo and Raqqa and in Hassakeh in confrontations with Kurds on the one hand and regime forces on the other, and are now trying to score military points, even limited ones, to offset their losses," Rahman said.

The assault began when a suicide bomber detonated explosives at a New Year's Eve celebration. The festivities, which are observed by the country's Kurdish minority, mark the beginning of the spring and the first day of the Persian calendar, known as Nowruz.

A second blast followed at a separate location in Hassakeh and also targeted Kurds gathered to mark the new year.

Last week, Kurdish fighters succeeded in cutting IS off from an important supply route from Syria to Iraq, where the extremist group currently controls large swathes of land. The two groups have been fighting fiercly for months in both countries. In January, Kurdish fighters succeeded in driving IS out of the Syrian-Turkish border town of Kobane with the aid of a US-led aerial campaign.

Italy has called for the formation of a UN military force to protect the world's heritage sites. The plea comes as Islamic State militants continue to plunder and destroy priceless cultural treasures in Iraq and Syria. (20.03.2015)

German prosecutors have on Friday laid charges against six men over their supposed links to the Islamic extremist group al-Shabab. At least two of the group are accused of planning to later join Islamic State in Syria. (20.03.2015)

Germany is set to launch a series of projects in Turkey and Lebanon to help them cope with an influx of Syrian refugees. The two countries, which share borders with Syria, have borne the brunt of the refugee problem. (20.03.2015)