A tweet by a 17-year-old Cologne high school student has triggered a nation-wide debate about what students are learning in the classroom and how relevant it is to their lives. 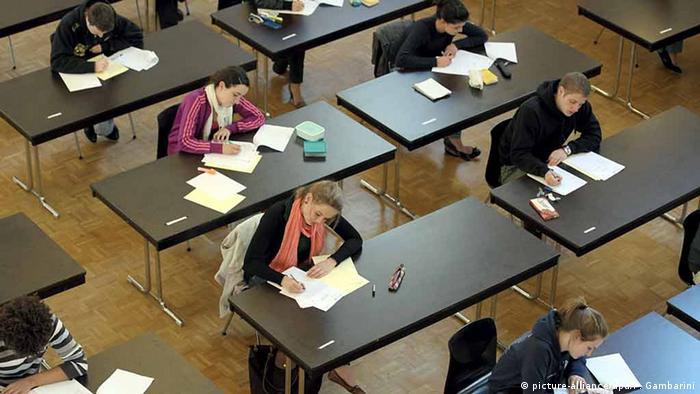 A tweet on micro-blogging platform Twitter has triggered a discussion across Germany about the country's education system.

Naina, a 17-year-old from the western city of Cologne, tweeted: "I am almost 18 and have no idea about taxes, rent or insurance. But, I can analyze a poem. In 4 languages."

There has been wide debate online about the tweet by students, parents, politicians and teachers.

The German Minister of Education, Johanna Wanka, responded by saying: "I think it's very positive Naina has initiated this debate."

"I learned a lot of life skills in school. However, it remains important to learn and interpret poems."

Sylvia Löhrmann, the Minister of Education from North-Rhine Westphalia, the state where the student attends school, referred to a recommendation made by the Conference of Education Ministers (KMK) to create a stronger syllabus. But, "the question," she added "is how to do that without having to constantly update it."

"The fact school should prepare you for life is the biggest load of crap I've ever heard," one twitter user wrote.

"School, in my opinion, is an institution which prepares you for work life," the user wrote in a second tweet.

To which Naina replied, "Sure. But, when school is supposed to prepare us for life, then not just with math and english."