Turks win perks for taking back migrants | Europe| News and current affairs from around the continent | DW | 06.12.2013

The deal between Turkey and the European Union is nearly done and dusted: In return for taking back illegal immigrants to Europe, the EU is prepared to ease restrictions on granting visas to Turkish citizens. 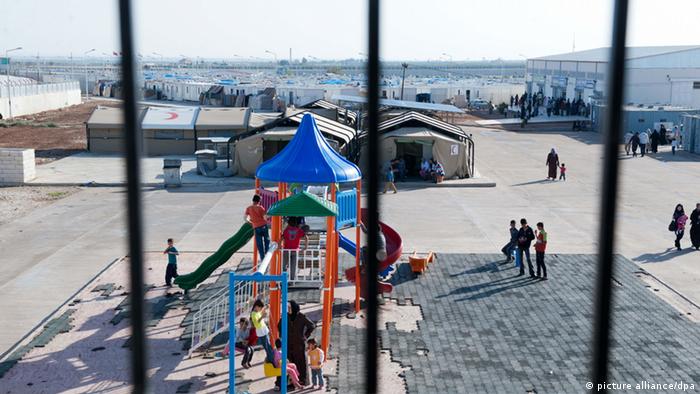 In future, Turkey will take back immigrants who entered the European Union illegally, if the persons in question entered the EU from Turkey. Turkey is an important transit country for refugees from North Africa and Asia. Tens of thousands reach Greece and Bulgaria – EU territory – from Turkey. Currently most illegal immigrants use this route. The readmission agreement is set to be signed on December 16. In exchange, the EU agreed to resume negotiations about visa liberalization for Turkish citizens.

"It is astonishing that we reached this breakthrough," said Renate Sommer, a member of the EU parliament, during a delegation trip to Ankara. She is part of a parliamentarian group which focuses on EU-Turkey relations and frequently travels to the Turkish capital.

So far, she had the impression that Turkey did not want to implement the readmission agreement. For the last eight years, Turkey and the EU had been negotiating this agreement and it has been ready to sign for the past year, according to Sommer. However, the Turkish attempt to combine the readmission agreement with visa liberalization for its citizens will not be implemented soon, said Sommer from the European People's Party (EPP group). The proposal has generated considerable opposition from several EU member states. 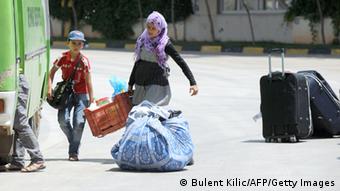 At the EU level, all member states have to agree to the visa liberalization plan. At the current stage, only a discussion process has been initiated. The implementation of the visa liberalization deal for Turkish citizens will take years, according to Sommer. Both Turkey and the EU are tough negotiators and a lot can happen. However, Turkey knows "that the EU is more willing to negotiate, if the agreement is signed," said Sommer in an interview with Deutsche Welle.

Franziska Keller, a member of the EU parliament for the Greens, cannot understand why it is so difficult for the EU to agree on easing visa restrictions for Turkish citizens. "In Turkey it's a major topic, because many Turkish citizens have huge problems getting a visa," she said.

Franziska Keller is critical of the agreement because, she says, it makes it more difficult for other people to immigrate to the EU. Officially the agreement only applies to illegal immigrants and not to people in need of protection. The so-called readmission of illegal immigrants provides that people who are illegally in the EU have to return to Turkey, even though Turkey is just a transit country to which they have no relation, says Keller. What happens to these immigrants is totally open, as they cannot apply or get asylum in Turkey. 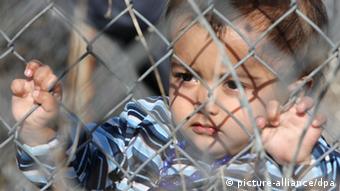 Turkey has taken in more than half a million Syrian refugees

Although immigrants can register with the UNHCR, the UN High Commissioner for Refugees does not support immigrants in Turkey, according to Keller. "My wish is that the political pressure on Turkey increases, so that Turkey finally implements a functioning asylum system and opens its doors to refugees from around the world," she said.

The EU has bilateral readmission agreements with 15 countries, like Armenia, Cape Verde and Hong Kong. Franziska Keller sees an obvious trend in these agreements. The EU is shifting the responsibility for securing borders to third countries. "The refugees are supposed to be stopped on there way here by third countries, so that the EU does not get its hands dirty with the plight of the immigrants. But, the violation of human rights at the borders still takes place," Keller maintains.

Bulgaria is seen as an interim stop for refugees trying to enter Europe. Its borders with Turkey mean that it has become a favored destination of late, but what it is like inside the official refugee camps? (25.10.2013)