Three Turkish soldiers have been killed in a rocket attack by militants of the "Islamic State" (IS) group in northern Syria. They were the first deaths to be directly blamed on IS in the Turkish cross-border incursion. 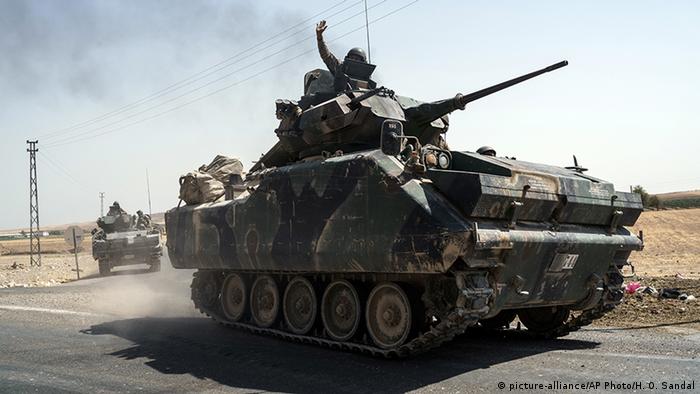 The rocket attack on two Turkish tanks was the first to be blamed on IS in Turkey's cross-border incursion "Euphrates Shield" operation which began two weeks ago.

IS targeted the tanks near the frontier town of al-Rai in an attack that also killed two members of the Free Syrian Army.

A senior Turkish official said on Tuesday that two soldiers were killed immediately and five were injured. One of the wounded soldiers later died in hospital, according to an army statement.

IS released a statement saying they used guided missiles to take out the tanks, alongside a suicide attack on Turkish-supported rebels in the region. 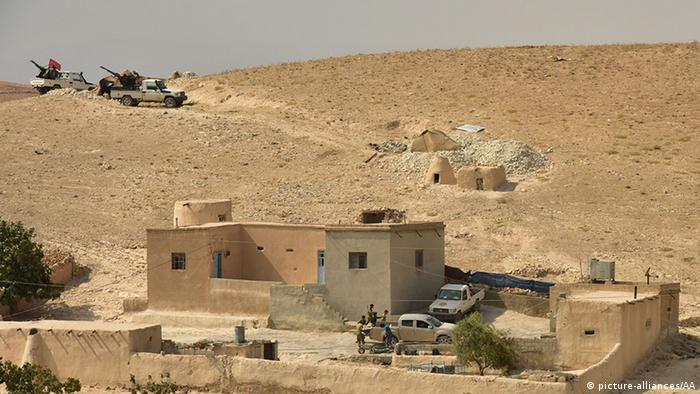 Turkey, a strong opponent of Syrian President Bashar al-Assad, made the decision to bring its troops directly into Syria two weeks ago, as well as giving support to opposition militants there. Turkish troops swiftly took the important border town of Jarabulus as well as the last stretches of the Turkey-Syria border controlled by IS.

Turkey wants to establish a safe zone in the 98-kilometre (61-mile) area stretching from Jarabulus to Azaz.

Turkey has called its operation a success and IS fighters have been expelled from their last positions along the Turkish-Syrian border. This deprives the group of a key transit point for recruits and supplies.

Ankara's role has been complicated by its long-standing conflict with Kurdish communities within its own borders. Kurdish Peshmerga forces have been crucial in fighting IS and have been supported by the US-backed coalition.

A jury had convicted the preacher on terrorism charges after his name appeared on an oath to the militant group. He has been linked to international terrorist groups, including al-Qaeda affiliates. (06.09.2016)

Kurds living in Sweden are concerned over an agreement reached between the Swedish and Finnish governments and Turkey, which has threatened to block the two countries from joining NATO over their alleged harboring of Kurdish militants.