The Murat 729, carrying 400 mostly Afghan migrants and refugees, sent a distress signal after its engines failed. Turkey failed to respond to a request to take back the vessel, despite a 2016 EU deal worth billions. 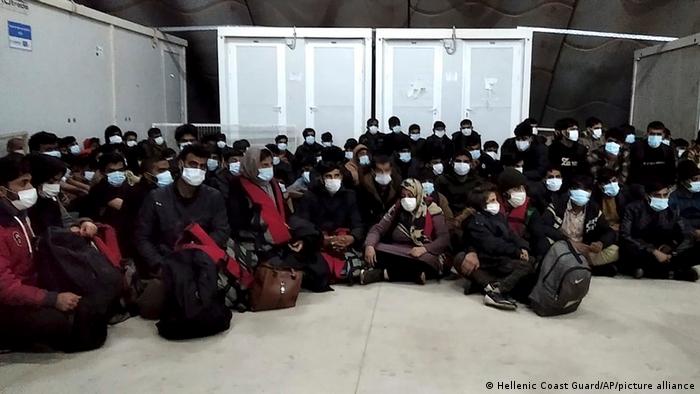 Nearly 400 migrants and refugees disembarked Sunday from a Turkish-flagged cargo ship that Greece allowed to dock on its territory, two days after the ship lost power in the Aegean Sea.

On Friday, the Murat 729 sent a distress signal after its engines failed in international waters.

The ship was later towed to "a safe anchorage'' off the Greek island of Kos near the Turkish coast, Greece's coast guard said.

The coast guard said the migrants, mostly Afghan nationals, were transported to a reception center on the island.

Local media said Health Ministry experts would quarantine the group and test them for COVID-19.

Out of the 400 people who left the boat, six were detained for questioning, the Migration Ministry said.

There was no information available about the health of the passengers, who are mostly male.

No response from Ankara

The Athens News Agency reported that the government in Athens, along with the European Commission, had contacted Turkish authorities to ask them to take back the vessel, but with no response.

Greek Merchant Marine Minister Giannis Plakiotakis said Saturday that the ship set sail "obviously with the knowledge of the Turkish coast guard" and that Ankara had "once again failed to comply with its responsibilities toward the European Union."

At the height of the European migrant crisis in 2016, Turkey signed a deal with the EU to sharply reduce the flow of migrants through its territory to EU countries in return for billions of euros in financial aid.

From 2015 to 2016, more than 1 million people, mainly Syrian refugees, arrived in the EU after crossing from Turkey to Greece. 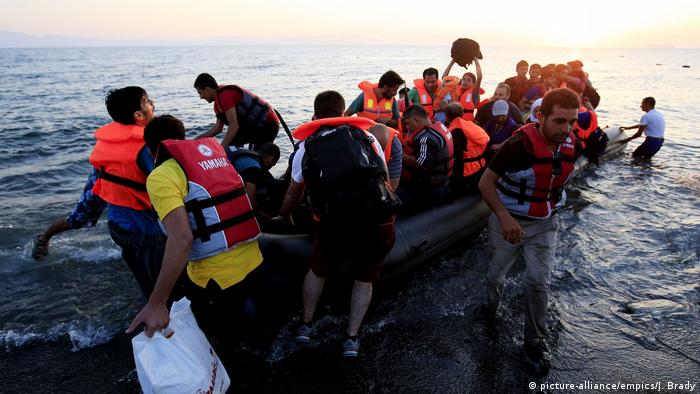 Although the number of arrivals has fallen sharply over the past five years, after the Taliban victory in Afghanistan in August many EU states fear a fresh surge in migrants and asylum-seekers from the war-ravaged country.

Both Greece and Turkey have accused the other of failing to honor the migration pact.

On Tuesday, four migrants, three of them children, drowned after a boat in which they and 23 others were trying to cross from Turkey to Greece sank off the island of Chios.

The Vathy camp was overtaken by a major fire on the eve of migrants being transferred out. Many are headed to a new €43 million ($50 millon) "closed" high-tech secure facility.

The Greek coast guard was able to rescue 22 other passengers. Greek officials blamed Turkey for allowing refugees to attempt the dangerous crossing.